Computer Specialists trounce Heroes for the second time in 4 days 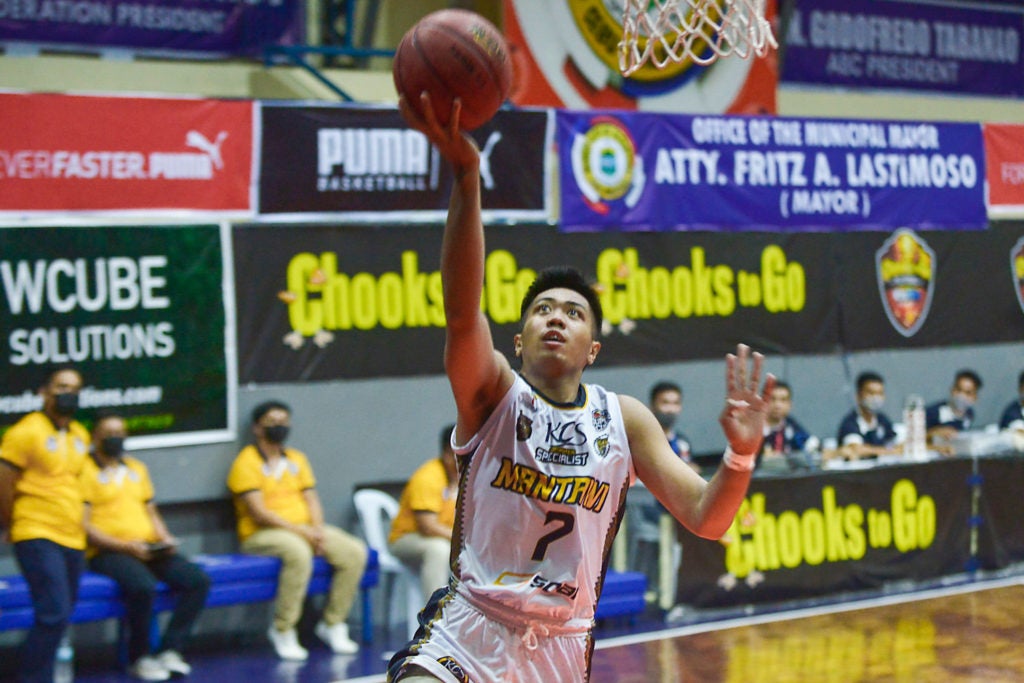 Dyll Roncal of the KCS Computer Specialists Mandaue City goes for a layup in another impressive performance after leading his team past the ARQ Builders. | Photo from VisMin Media Bureau

The Specialists proved that their win against the Heroes during their first encounter last April 20 was no fluke.

They beat the Heroes, 77-66, in their first match with the latter gravely undermanned after five of their key players were suspended in the entire first round of eliminations due to their involvement in the botched game versus the Siquijor Mystics on April 14.

The Specialists put the defensive shackles on the Heroes, holding them to just 2-of-19 shooting in the first quarter while dropping 27 points for a, 27-7 advantage. The Heroes this time fielded in a near-complete line-up after all of their suspended players except Rendell Senining returned into action.

The Heroes made a mini scoring run in the final period but failed to overhaul the Specialists’ huge lead.

“Great execution and everybody is doing their job. We followed the game plan and it paid off,” said KCS assistant coach Jabby Bautista. “Though may lapses sa endgame but still the defense won it for us.”

Dyll Roncal, the ex-forward of SWU-Phinma Cobras led the Specialists with 14 points. Michole Solera also breached double digits with 10 markers, on top of three boards and two assists. Al Francis Tamsi drained three triples for nine points as the Specialists strengthened their hold of the second spot with a 5-1, win-loss record.

“Good thing na nangyayari yung mga ganon situations that the other team is making a run para the team will know what to do if mangyari ulit sa next games,” added Bautista.

The Heroes, who played their fourth game in as many days, was led by Reed Juntilla with 18 markers, including 12 in the fourth period.

Dawn Ochea just missed a double-double with nine points and 14 rebounds as ARQ slipped below .500 at 3-4, tied with Tabogon at third place in the team standings.