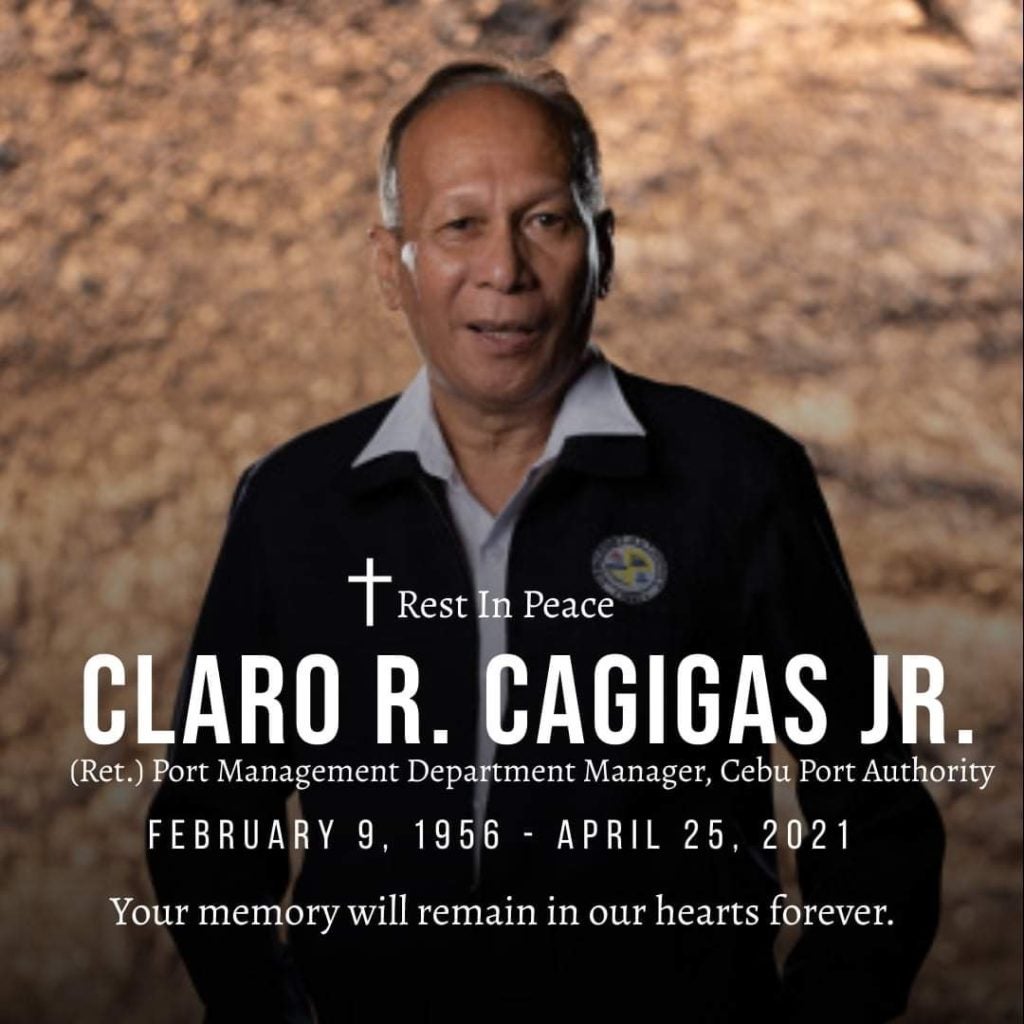 CEBU CITY, Philippines — Argao police are looking into personal grudge as a possible motive in the killing of a retired manager of the Cebu Ports Authority (CPA) in his home in this southern town on Sunday night, April 25.

Claro Cagigas Jr., 65, was shot in the head by a still unidentified gunman while seated at the terrace of his home in Barangay Poblacion, Argao in southern Cebu shortly after 7 p.m. on Sunday.

Police said that Cagigas was already dead when brought to the hospital.

Police Corporal Conde of the Argao Police Station, who is investigating the case, said they were considering personal grudge as a possible motive in the killing because he had been allegedly at odds with somebody.

Conde said they had received reports that Cagigas had allegedly loaned money to a person and the victim was already asking for repayment of the debt.

(He has been at odds with somebody, someone, whom he had a fight with, and a warrant was issued. P1 million is a big thing. Somebody owed him that much money because he loaned out money.)

However, he said that this was just one of the possible motives of the killing that they were investigating and were still trying to verify.

He also said that they were also trying looking for leads that might help identify the gunman.

He said they were also trying to open his cellular phone hoping to find information that would help them in their ongoing investigation of the killing.

Today, former colleagues at the Cebu Ports Authority (CPA) have already expressed their sympathy to the bereaved family that Cagigas left behind.

Cagigas was a former manager of the Port Management Department of the CPA.

“His contributions to the Authority have left a huge mark and we will forever be grateful. Rest in Peace Sir Jun,” it added.