Brake failure possible cause of road accident in Guadalupe 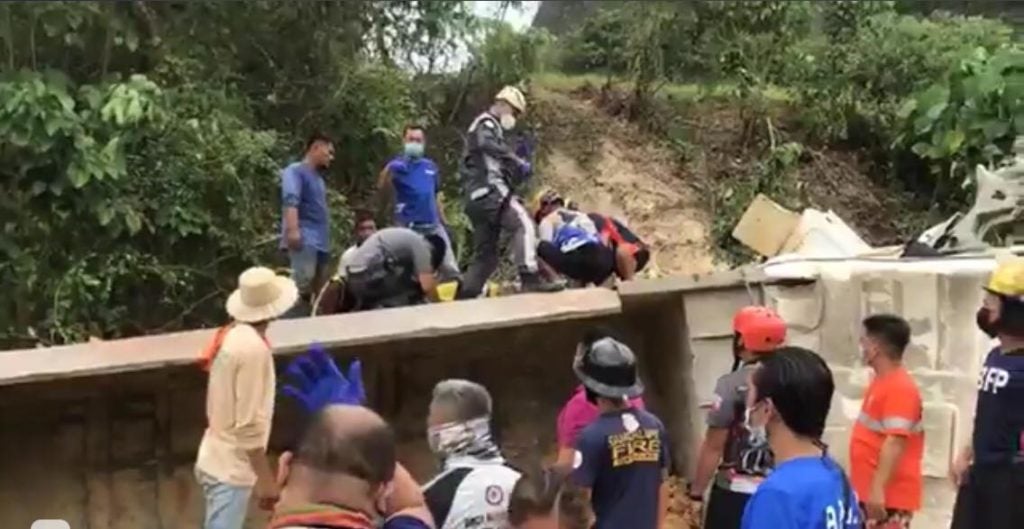 Guadalupe rescuers try to rescue the driver and passenger of a dump truck that fell off the cliff along the roads of the hills in Barangay Guadalupe, Cebu City, on Tuesday, April 27, 2021. | Screen captured from Guadalupe Emergency Response Team FB live

CEBU CITY, Philippines — Brake failure was what emergency responders believe was the cause of an accident wherein a dump truck fell off a cliffside in Barangay Guadalupe here on Tuesday morning, April 27, 2021.

According to Matt Estenzo of the Guadalupe Emergency Response Team, the driver of the dumptruck said he was traveling downhill when he tried to avoid another vehicle on the opposite lane. He said it was at this point that the driver lost control, probably due to failure of brakes, as the vehicle swayed and fell off the cliff.

The two on board the truck, the driver and his assistant who were working for a construction company, were hurt in the accident.

Estenzo did not disclose the identities of the two individuals for lack of authority to do so while the Guadalupe Police Station still had no reports on this incident as of this posting.

The driver sustained a 4 cm laceration on the forehead and a scrape on his right knee. The assistant suffered chest pain, upper back pain, and minor abrasions.

Both victims, who are residents of Barangay Umapad in Mandaue City, are admitted in a private hospital for further medication.