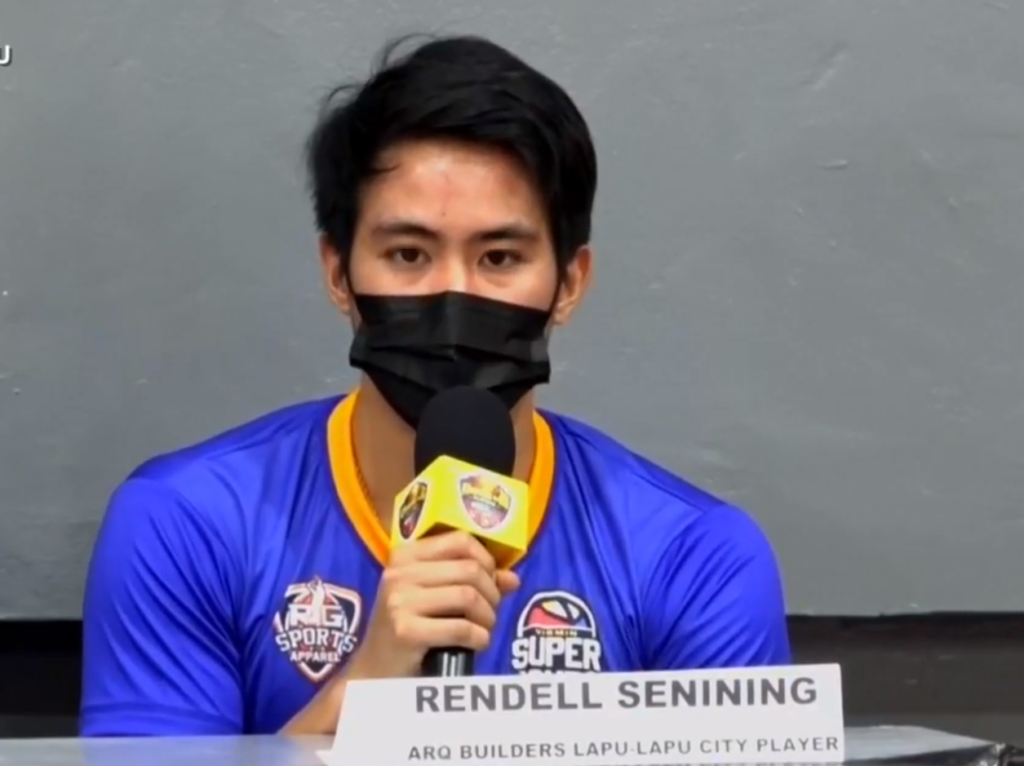 Rendell Senining of the ARQ Builders Lapu-Lapu City Heroes has just been allowed to rejoin the Chooks-to-Go VisMin Super Cup after the league lifted its suspension on three conditions. | Photo from the Vismin Super Cup Media Bureau

This after he was conditionally cleared by the league management today, April 28 of game-fixing allegations

The league officially announced the 25-year old’s reinstatement to his team today after a careful and thorough investigation which included reviewing the game tape and consulting with the coaches and the Games and Amusements Board (GAB).

The former NU Bulldog and USJR Jaguar became the face of the controversial game between the Heroes and the Siquijor Mystics on April 14, 2021, for intentionally missing his two free throws and switching his shooting hands.

He was initially slapped with a season-long suspension and a fine of P30,000 for “acts disrespectful to the game.”

However, with the lifting of his suspension, Senining is expected to suit up tomorrow against the unbeaten Talisay City Aquastars.

“After much thought and consultation with the coaches, the VisMin management team has decided to conditionally lift the suspension of Mr. Rendell Senining,” said Chief Operating Officer Rocky Chan.

“Rendell Senining has been cleared of any game-fixing allegations in connection to the April 14 game.”

The league though gave Senining three conditions for the full lifting of his punishment.

The first was for him to issue a public apology to the fans and his fellow professional players.

“I would personally want to thank the Pilipinas VisMin Super Cup for giving me a platform and giving me a second chance to play the game that I love with three conditions. First, I would like to apologize to everyone — to the league and my fellow professional players — for my actions during the Siquijor Mystics game. I know that it was a very bad sight to see and I learned the mistake the hard way. I just want to say sorry sa mga na-affected,” said Senining in his public apology.

“Rest assured, if that situation happens again, I know what to do and what I will do will be the right way.”

The second condition was that Senining should never be involved in a similar incident otherwise he will be eternally banned from any VisMin Super Cup-sanctioned tournament.

The third condition is for Senining to lead all of the league’s outreach activities.

“They offered me to lead all of the outreach programs. With that, I accept it,” said Senining.

The league’s head of basketball operations Chelito Caro did not take part in the review as he was previously the head coach of ARQ Builders.

Chan has assured that the investigation is still ongoing and that the league will continue to police its own ranks.

“Allow me to reassure the general public that we are continuing to do our share in addressing the issue of game-fixing in basketball. May this serve as a gentle reminder and warning to everyone playing in the Visayas Leg to play to the best of their abilities and please do not test our resolve in putting this house in order,” said Chan.   /rcg