Locsin tells ‘friend’ China: ‘Get the f*ck out’ of PH waters 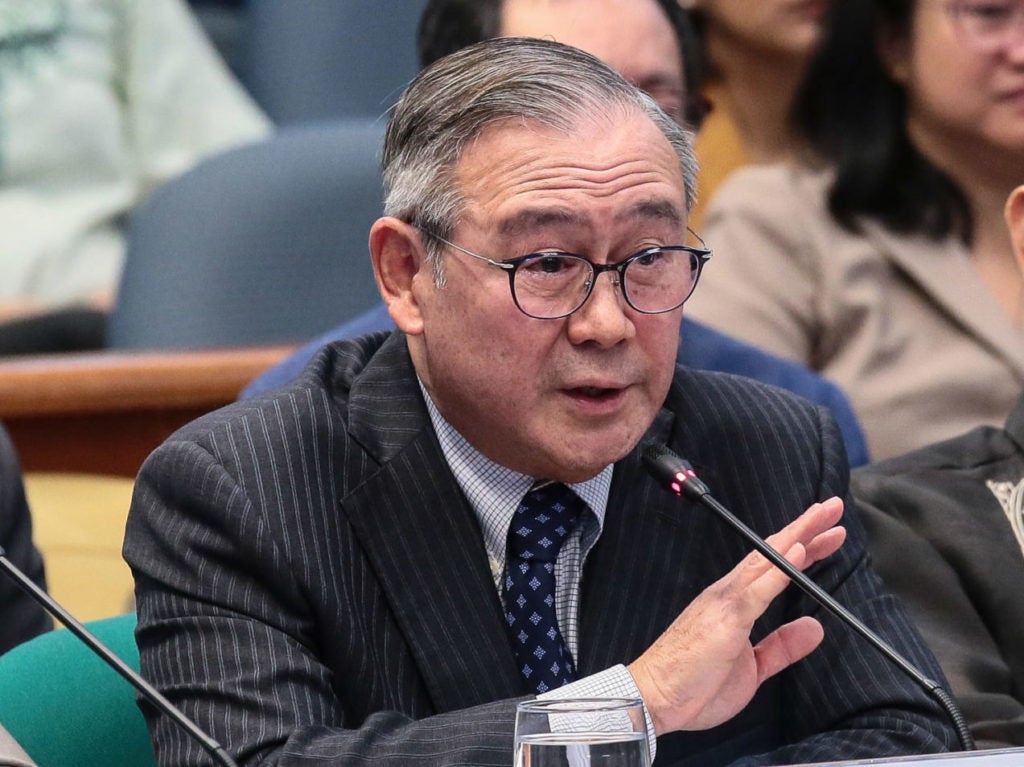 MANILA, Philippines — Foreign Affairs Secretary Teodoro Locsin Jr. did not mince his words in telling China to “get the f*ck out” of Philippine waters as Chinese vessels continue to linger in the West Philippine Sea.

“China, my friend, how politely can I put it? Let me see… O…GET THE F*CK OUT. What are you doing to our friendship? You. Not us. We’re trying. You. You’re like an ugly oaf forcing your attentions on a handsome guy who wants to be a friend,” Locsin said in a tweet Monday.

The Department of Foreign Affairs (DFA) said it has already protested the “illegal presence” of the Chinese Coast Guard in the Panatag or Bajo de Masinloc (Scarborough) shoal as well as its “belligerent actions” against the Philippine Coast Guard.

This, on top of the daily protests the DFA is filing over the lingering presence of Chinese vessels in various parts of the West Philippine Sea.

“What is so hard to understand about (President Rodrigo) Duterte’s UN declaration that the Arbitral Award made all maritime features [in the] Philippines; no one else’s?” Locsin said in a separate tweet.

In July 2016, the Permanent Court of Arbitration in the Hague ruled in favor of the Philippines  invalidating China’s expansive claim over the South China Sea, including the West Philippine Sea. Beijing has repeatedly refused to recognize the ruling.