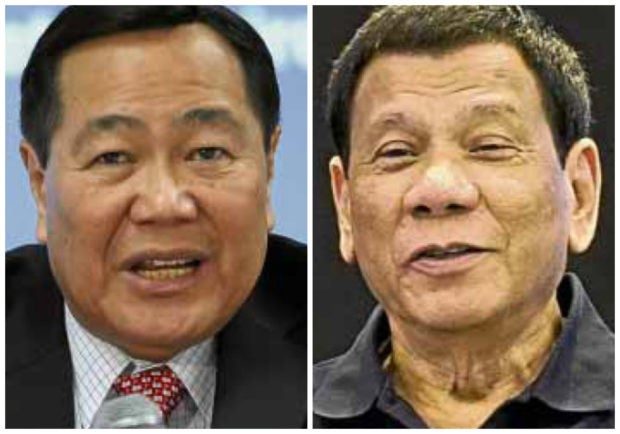 MANILA, Philippines – Retired Supreme Court Senior Associate Justice Antonio Carpio has accepted President Rodrigo Duterte’s challenge for a debate on the West Philippine Sea issue particularly the 2016 ruling of the Permanent Court of Arbitration in the Hague that favored the Philippines over China.

“I gladly accept the challenge anytime at the President’s convenience,” Carpio said.

At the same time, Carpio also dared the President to be true to his word that he will “resign immediately” if anyone can prove that he was lying when he said that the magistrate was involved in the decision to withdraw Philippine Navy ships from the West Philippine Sea.

“President Duterte should now resign immediately to keep his word of honor. I state under oath that I was never involved in the decision to withdraw Philippine Navy ships from the West Philippine Sea during the 2012 Scarborough standoff,” Carpio said adding that at that time, was a Supreme Court Associate Justice.

“At that time and all I knew about the withdrawal of Philippine Navy ships was what I read in the newspapers. I call as my witnesses former President Benigno Aquino III and the Defense Secretary, Foreign Affairs Secretary and the Chiefs of the Philippine Navy and the Coast Guard at that time,” he added.