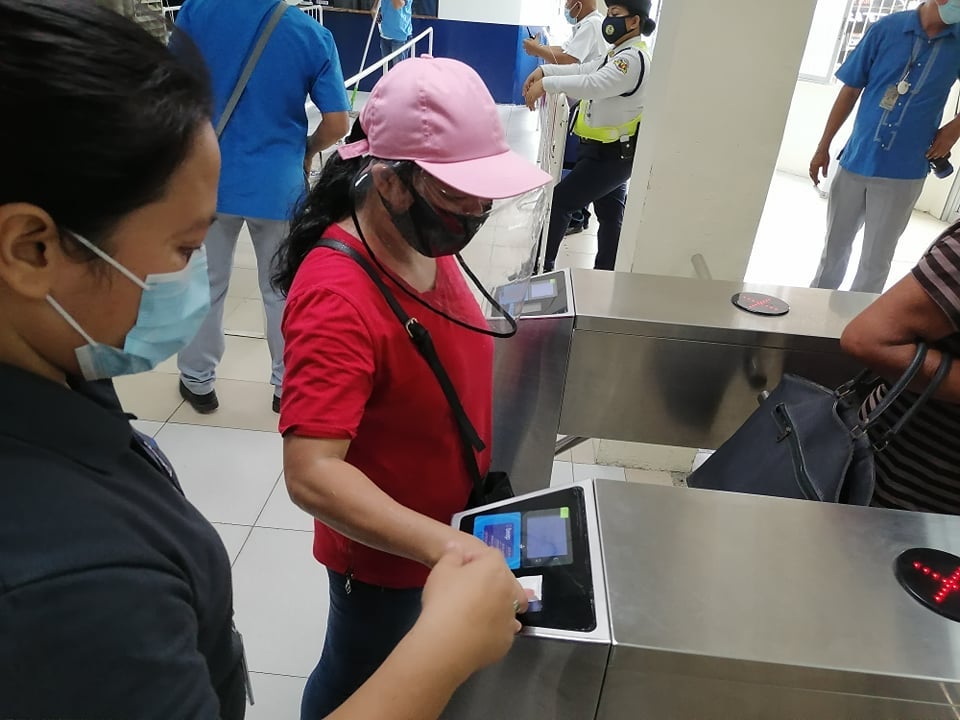 A commuter tries the cashless ticketing system of the Cebu South Bus Terminal during its launching on Tuesday, May 18, 2021. CDN Digital photo | Morexette Marie B. Erram

On Tuesday, May 18, 2021, the Cebu Provincial Government and Topline Hi-Tech Synergy Corporation led the ceremonial launching of the new ticketing system in Cebu’s largest public terminal.

“This is one true proud shining moment for the province of Cebu,” Garcia said during her speech.

With a cashless and automated ticketing system, passengers in CSBT will no longer have to pay for their fare inside the bus.

Passengers can opt to purchase the reloadable Suroy-Suroy Sugbo card that each costs P100 or buy a one-time QR-code ticket so they can access the turnstile going to the terminal bays.

They will also have to scan their card or QR-code ticket for another time before boarding the bus.

“With this new automated and cashless ticketing system, non-passengers can no longer go inside. It’s also a plus for our security,” said Quijano in Cebuano.

Quijano said all bus operators serving buses at CSBT signed the memorandum of agreement (MOA) with the Capitol and Topline for the new ticketing system in the terminal.

The Capitol first unveiled its plans to upgrade the bus ticketing and fare collection system in the CSBT in 2020.

Cashless ticketing in CSBT set to start this April