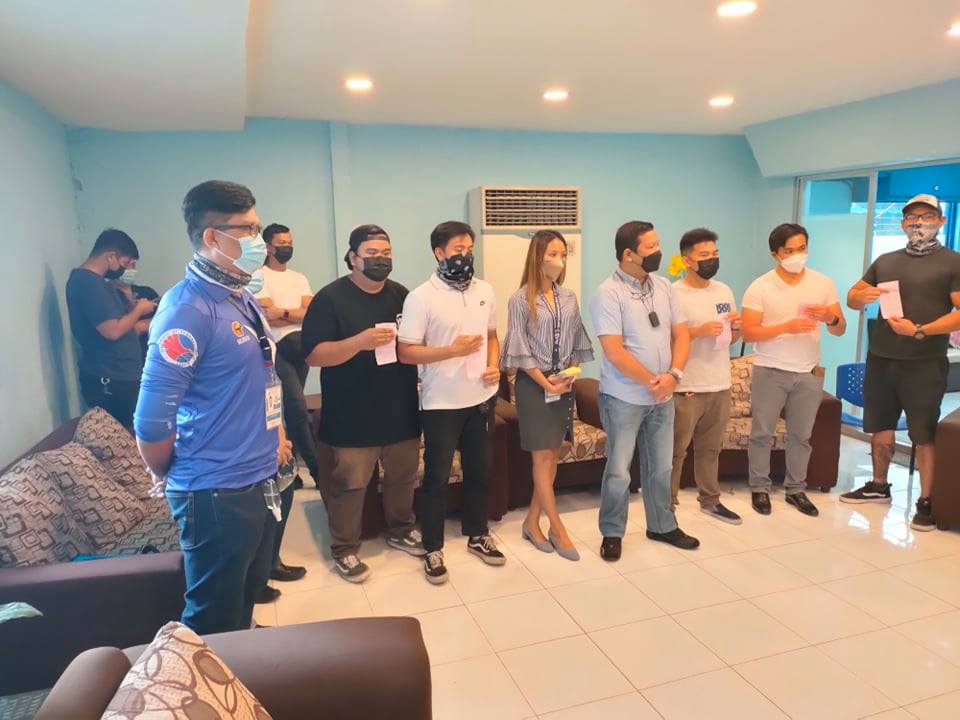 The drivers, together with LTO-7 director Victor Caindec, on Friday morning, were issued with TOPs after violating a traffic rule for doing stunts on a public road.| contributed photo via Pegeen Maisie Sararana

Victor Caindec, Land Transportation Office (LTO-7) regional director, said that they confiscated the driver’s licenses of these five riders and issued TOPs to them.

Manuel Yu, one of the riders who went to the LTO, said that the video where they were caught doing stunts happened last Sunday.

He said that they had a photoshoot for their club promotion for their intended partner at that time.

“Among gibuhat mga 5:30 in the morning kay di sad mi ganahan maka obstruct sa traffic or makasagabal sa flow. So we performed our stunt hoping it to be successful. Though it was successful but we are not expecting it to be ingun ani pod kagrabi,” Yu said.

(We did this around 5:30 in the morning because we did not want to obstruct the traffic so to interfere with its flow. So we performed our stunt hoping it would be successful. Though it was successful, we were not expecting things to get worse.)

He said that when they found out that their video went viral last Wednesday and that their attention was called by the enforcement team, they quickly went to LTO and meet with Caindec to face the consequences of their actions.

Ryan Taneo, one of the riders, also said that it was their first time to do stunts on a public road as they usually do it in private properties.

Taneo said that they were unaware that they had violated some traffic rules and that they thought that they were in a controlled environment given that it was early in the morning with a clear road and there was no crowd.

But Caindec said that what they did was reckless driving.

“Even if stunts can be explained in different ways and in various interpretations, as long as the act endangers others on the road, it is already considered reckless driving. In their case, one of the riders accidentally fell from his motorcycle,” said Caindec.

“I’m hoping that the public gets to be aware, and we talked to the group who did the stunts to remind them that these actions could cause others danger. Also, we don’t want people to think na [that this is ] normal ni sa [in] public roads,” Caindec said.

Negros Occidental governor’s office shut down due to COVID scare