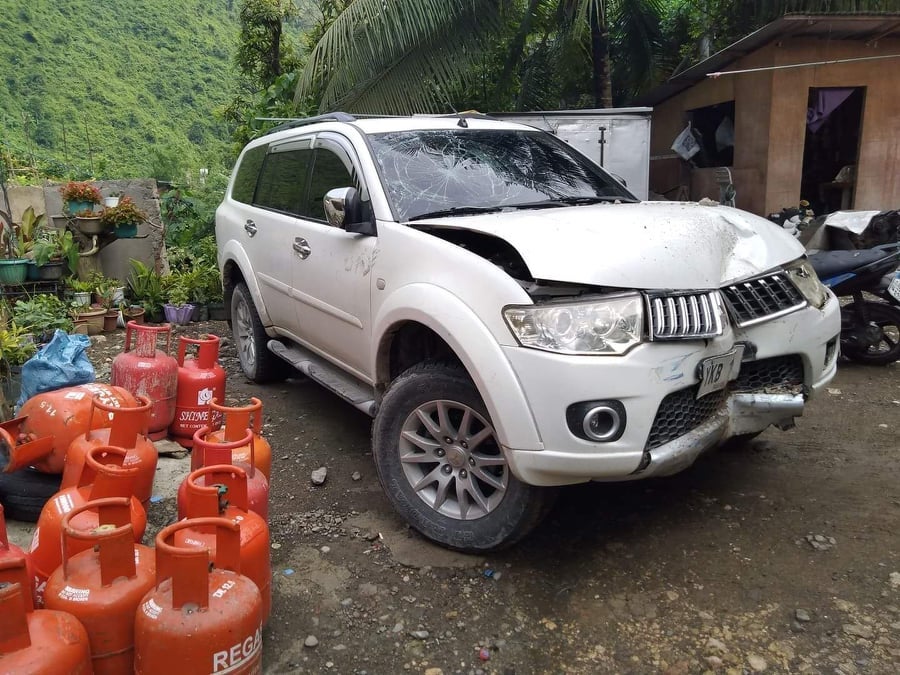 Two women suffered serious injuries when a female driver lost control of this sports utility vehicle (SUV) which crashed into a residential area in Barangay Jaclupan, Talisay City past 8 a.m. on Thursday, June 10, 2021.  | photo courtesy of Jonathan Tumalak, head of the City of Talisay – Traffic Operations and Development Authority via Paul Lauro

Jonathan Tumalak, the chief of the City of Talisay – Traffic Operations and Development Authority (CT-TODA), said the victims were sitting outside their houses when a Mitsubishi Montero Sport crashed onto them past 8 a.m. on Thursday.

The victims were identified as Joane Laspuna, 45, and Dionesia Andaya, 76.

Laspuna lost her left leg due to the impact while Andaya sustained multiple abrasions on her feet and legs, said Tumulak.

Tumulak said the driver of the SUV, identified as  Jocelyn Nebria, told authorities the vehicle suddenly went out of control when she was on her way out of her house.

The victims and the driver were neighbors.

(As told by the driver, the vehicle’s engine suddenly revved up and she was not able to control it when she drove out of her gate.)

A police report, on the other hand, said that initial investigation showed that the driver came from her residence when her SUV hit a passing vehicle on its rear right side. She then allegedly lost control of her driven vehicle and hit the two victims when she crashed into the house of a certain Pedro Laspuña Jr.

Both victims were rushed to the nearest public hospital and are now undergoing further treatment.

Read Next
AFP to CPP-NPA: Surrender those involved in Masbate landmine attack