Tatay Ongkol, despite his disabilities, continues to inspire

Over the years, most of us have encountered inspirational life stories that are shared over the internet. Stories that can make one realize that life is tough for anyone, but there are some who are dealing with tougher obstacles than others.

One of those is the story of Tatay Ongkol.

In 2017, Magdaleno “Ongkol” Borces went viral as he was featured on various media platforms for his relentless work as a traffic enforcer at Barangay Kasambagan in Cebu City despite his disability.

Born with a rare congenital disorder known as Amelia, Borces continues with his life without lower legs and with his hands, deformed.

Many found Borces’ dedication admirable and his story continues to inspire more. But after 4 years, how is Tatay Ongkol?

At age 63, Borces now works as a Building Guard and Front Desk Officer at Barangay Kasambagan. He was reassigned to the Barangay Hall and continues with his work to help his family and serve his community. 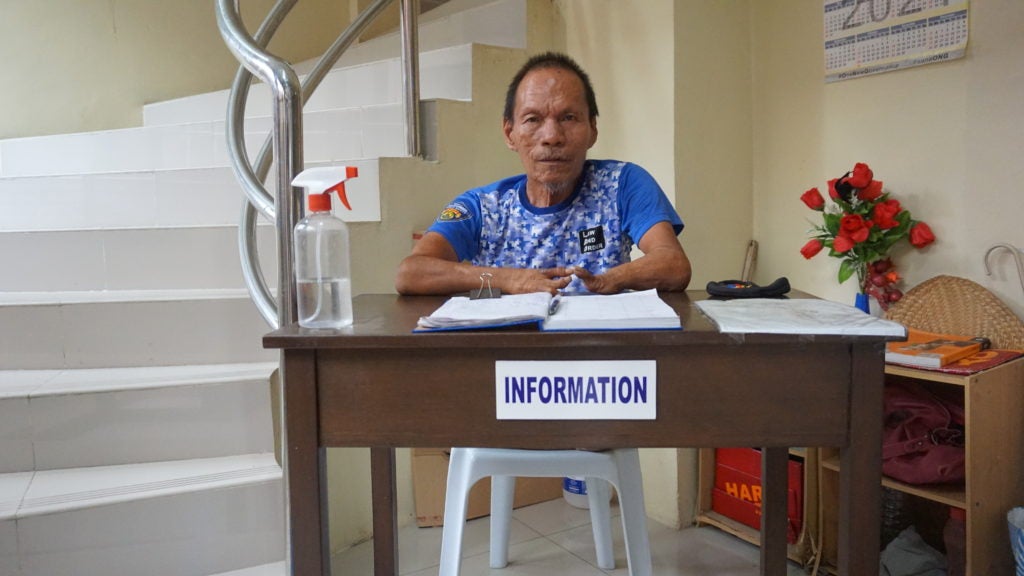 In the time of the pandemic, his work requires him to help limit the number of people entering the barangay and to assist with the tasks at the Barangay Hall.  Borces shares that as long as he can contribute to keeping the barangay safe, he will strive to continue with his work.

He still lives by himself with his relatives living in a nearby compound and continues to provide food and other sustenance to them as much as he can.

Despite his condition, Tatay Ongkol is thankful for the life that he has.

(Whatever God gives me, I will accept. What is important is that we were given life and liberty.)

In an interview, Borces shares that when he was featured in 2017, he was happy that he was able to become an inspiration for others who also struggles with their own disabilities.

(I was made an instrument among all persons with handicaps. Those who have complete body parts, they did not persevere. I persevered even though I have a handicap, I persevered in working for the barangay. I became their source of inspiration for the people.)

Following the life of Tatay Ongkol, he continues to serve as a shining example of an individual who values self-contentment and life’s simple blessings.