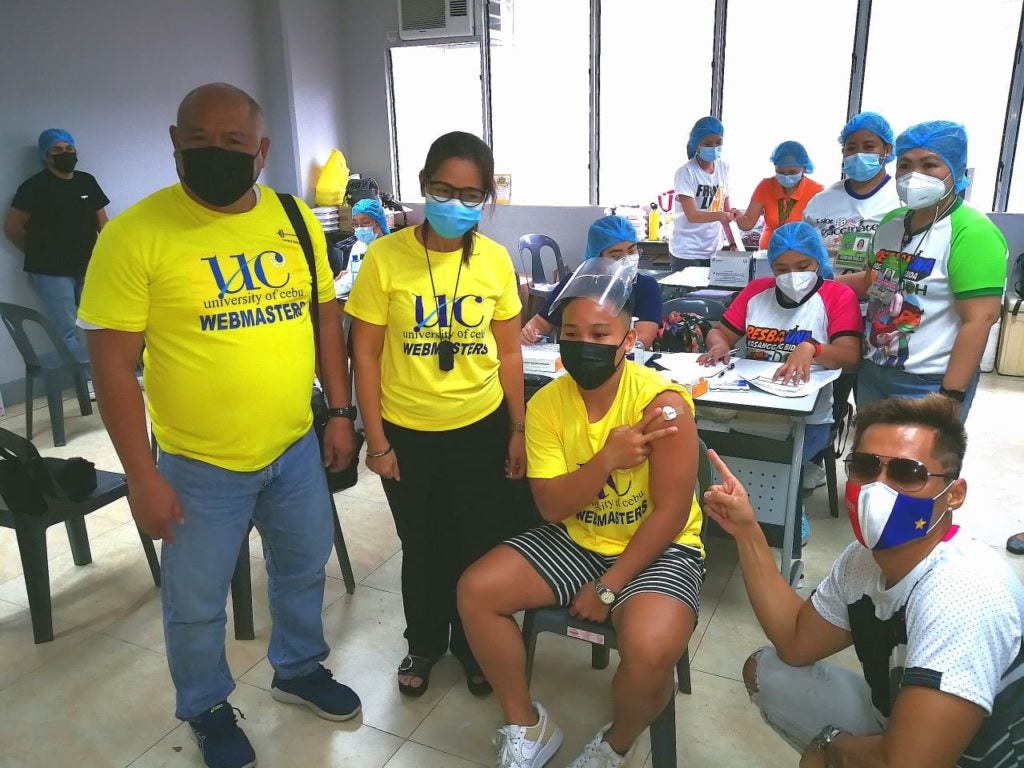 A whopping P100,000 financial assistance will be given to the 22-year-old Ando for her preparation for the Tokyo Olympics next month, courtesy of Gotianuy.

UC is well-known all over the country to reward generous incentives to its achievers with Ando becoming its latest addition.

(I am thankful to Ma’am Candice [Gotianuy], who is supportive of my upcoming stint in the Olympics. She gave me financial support for my needs.)

Ando: No pressure, inspired by support

According to Ando, she does not feel any pressure at all amidst the massive support she is receiving from both the government and the private sector in her bid to win a medal in the Olympics.

Ando received her first dose of the Pfizer vaccine earlier today at the UC Science High School campus in Banilad, this City.

She was accompanied by one of her coaches, Ramon Solis and UC athletic director Jessica Jawad Honoridez.

According to Honoridez, Gotianuy asked her the detailed expenses that Ando would need for her training. Thus, the daughter of UC president, Lawyer Augusto Go, decided to extend the P100,000 financial assistance.

(She asked for an update and a clear path in training Ando so that she can provide the exact amount to support the athlete and the coaches. I presented her the budget, which already has the approval of the president.)

Ando will train here in Cebu City under the supervision of Solis and fellow coaches in Gary Hortellano and Christopher Bureros.

(She saw where she lacked. That is also a way to motivate Elreen to strive harder and also to express their gratefulness to Elreen for representing the university and her achievements in sports.)

UC President Go, on the other hand, already pledged to provide the travel allowances for Ando and her team’s campaign in Tokyo Olympics, according to Honoridez.

(As the athletic director, I saw the overwhelming support given to the athlete. Through Ando’s achievement, I saw how the university is supporting her. I see now that there are really ready to support the athlete.)

Honoridez believes that this kind of support from the university’s higher-ups will further motivate the Webmasters’ athletes.

Meanwhile, Cebu City Councilor Dondon Hontiveros promised that he would discuss the possible support that the Cebu City government could provide to athletes like Ando.

Although Hontiveros said that the city government would only provide incentives to athletes after their competitions, he did not exclude the possibility of extending support to Cebuano athletes’ training.

(Well, from the ordinance, that is were we base on the performance after the competition. But we will discuss with our fellow commissioners in the Cebu City Sports Commission and will try to ask the mayor for support from his discretionary funds.)

Hontiveros also said that he would discuss this to the Cebu City Council which he believed would not hesitate to extend support to athletes like Ando.