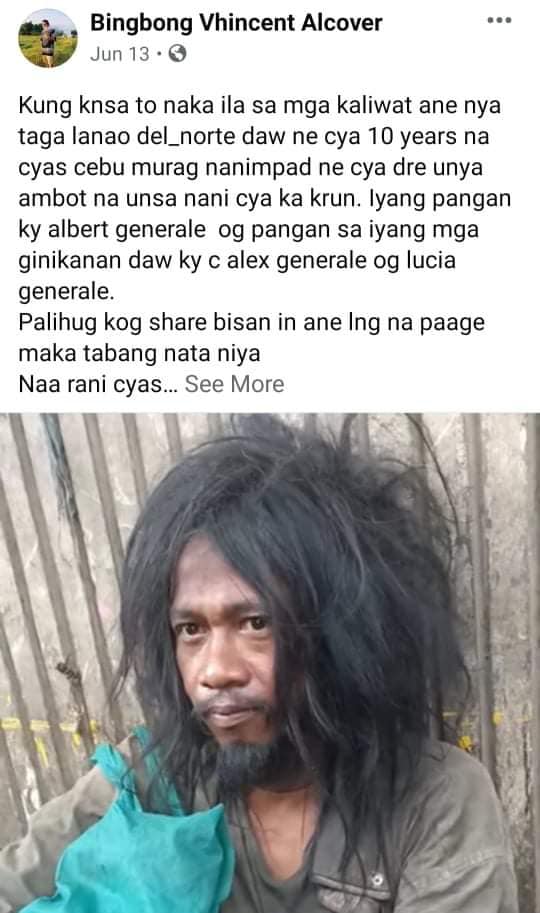 MANDAUE CITY, Cebu – A homeless man from Lanao del Norte finally got his wish – to go back home to his family.

With the help of the Cebu City government, Albert Generale, 34, left Cebu on Friday, June 25, to go home to Candis, Tubod in Lanao del Norte.

In a post, the Department of Interior and Local Government (DILG) in Cebu City, said that Generale arrived here a decade ago to find a job.

But he eventually lost his employment and ended on city streets.

“Roaming around the busy streets of Cebu, he became desperate. And people from home is beyond his reach,” the post reads.

Netizen Bingbong Vhincent Alcover took pity of Generale and posted his photo on social media on June 15 while he also appealed for help for this street dweller.

Lucero’s office worked with the city’s Anti-Mendicancy Team, the Department of Social Welfare and Services and officials of Barangay Sto. Niño to locate Generale, whom they found sleeping near an establishment located close to the Cebu City Hall.

The DILG post said that Generale was made to stay at the DSWS Shelter for almost 2 weeks while his travel documents were being processed and while they waited for his COVID-19 test results.

In a Facebook post, Ong said that Abdullah, 22, and Rosemarie, 21, and their three children who are 3 and 2-years-old and 9-months-old have been living on city streets after the father lost his job as a porter at the Carbon Public Market.

Ong said the family approached him while they were having their Mobile Community Pantry in Barangay San Roque on Thursday to ask for help. 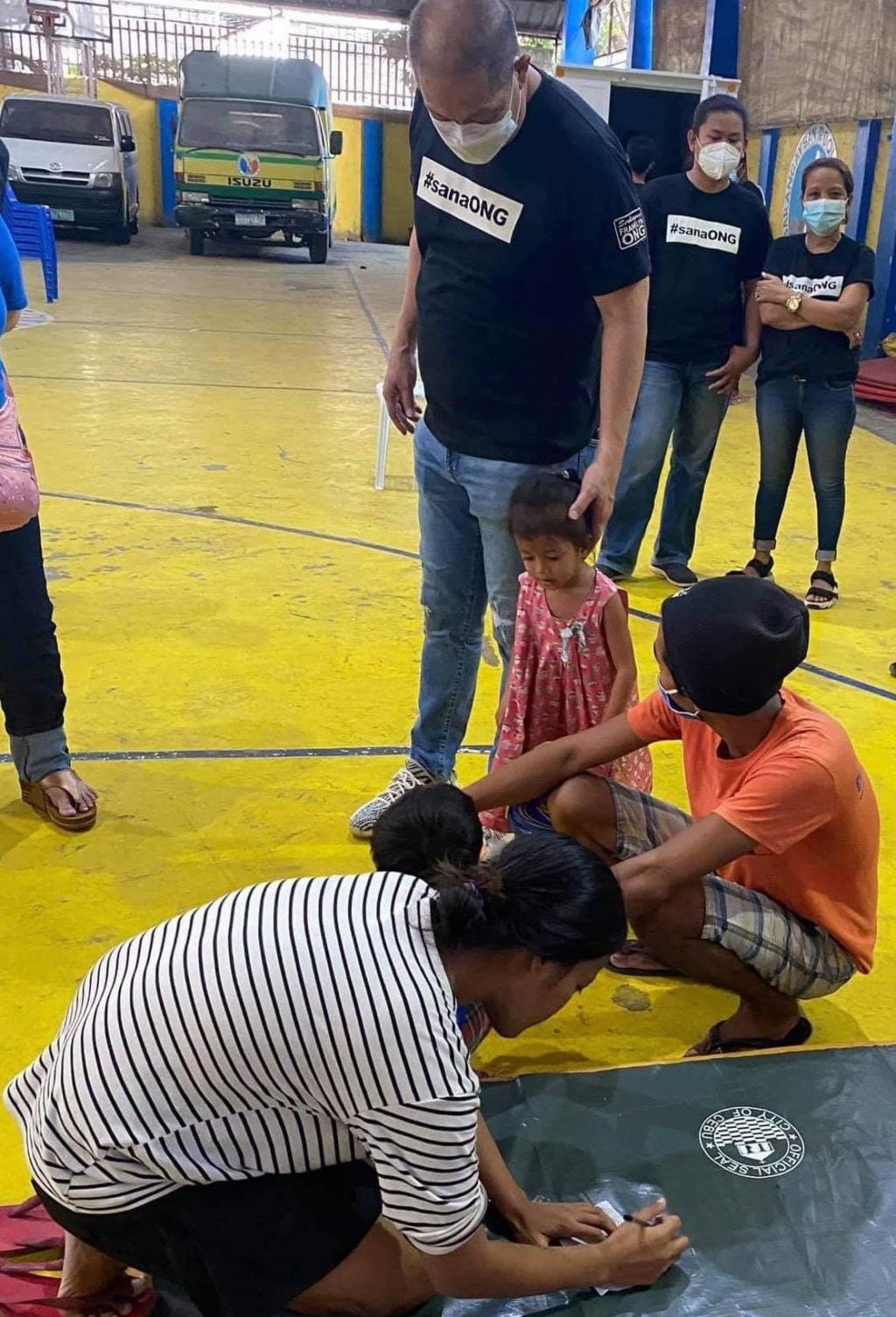 Abdullah and members of his family prepare to travel to Ozamis. | Photo from the FB page of Franklyn Ong

(While he lost his job, his family also lost their home because it was a privilege that came with his employment.  That is why they are now taking temporary shelter at the San Roque Gym.)

(Adbullah lost his job as a result of the pandemic. That is why I am working to bring free services to our brothers because I know the difficulties that we have to face at this time.)

Read Next
How did PNoy fare?