During their guesting on CDN Sports Talk on Monday, June 28, 2021, POCC President Buzzy Budlong revealed that they would build more canoes to gain more awareness from Cebuanos about their goal of turning Cebu into the Paddle Sports Capital of the Philippines. 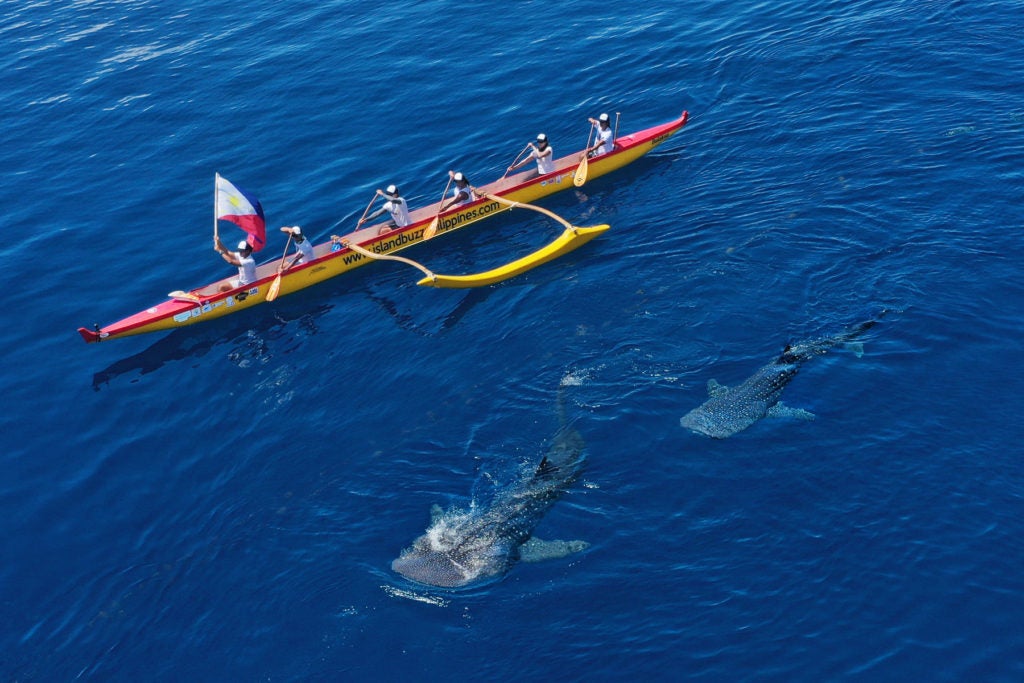 Whale sharks are seen swimming together with members of the Philippine Outrigger Canoe Club as they paddle through the seas off Oslob in southern Cebu.| Photo by Ted Madamba

Budlong and POCC have already caught everyone’s attention after showcasing Cebu’s beautiful marine environment during their successful 227-kilometer open sea expedition dubbed as the “Paddle Forward Cebu Expedition” from June 12 to 16, 2021 in Cebu.

The expedition showcased how beautiful Cebu’s coastline is. The expedition was not short of picturesque highlights along the way. In addition, it showcased Cebu’s rich marine environment.

They encountered Oslob’s whale sharks, dolphins in Oslob, sea turtles in Alcoy and pilot whales in Moalboal in their natural habitat, captured on camera, and went viral on social media.

The team already received a lot of queries about their advocacy and future expeditions from fellow paddlers abroad.

“For now, of course, we’re gonna make more canoes to provide people an access to train. I believe that these canoes are one of the subject to train the people in rebuilding the nation. We paddle as one. We pull the mana and energy to the canoe, that’s why we build more canoes to come,” Budlong explained. 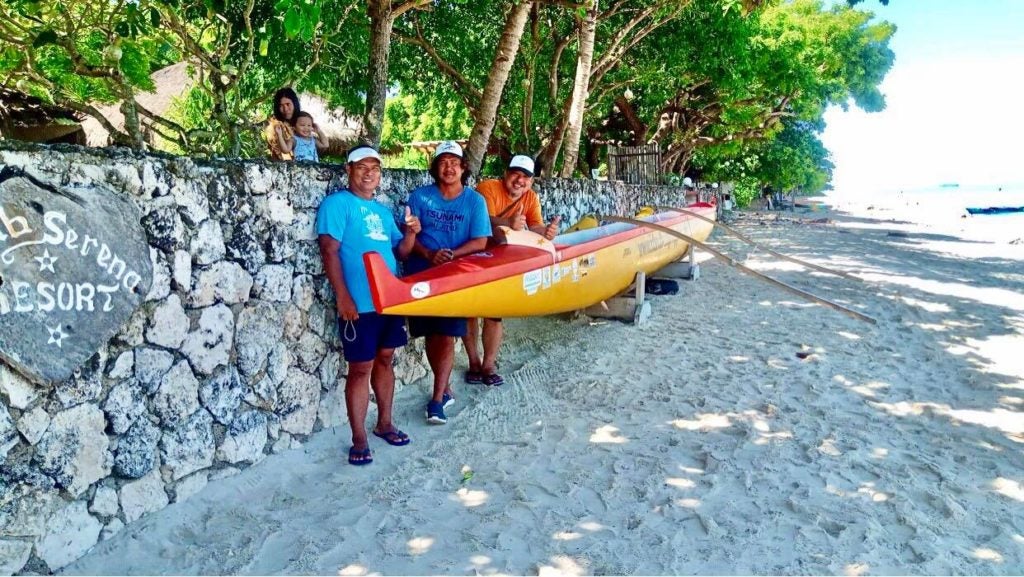 “To be able to reach the goal of POCC. We will invite more people abroad. We have to equip before we open back the tourism,” he added.

Budlong is also planning to hold an expedition that will cover Cebu’s northern coastline and ultimately circumnavigate the entire Cebu island.

With this in mind, Faye Jimiera, one of POCC’s founding members and the team’s head coach, said that they would further coordinate with the government and LGUs to promote tourism.

The team also shared during the show their Thanksgiving and Appreciation Night at Club Serena Resort in Moalboal town, southwestern Cebu.

Budlong shared that as they arrived at the pristine beach front of Club Serena Resort, they already felt welcomed and celebrated after their successful feat.

Jimiera shared during the show that the spacious rooms were such a treat after five days of not having enough sleep. 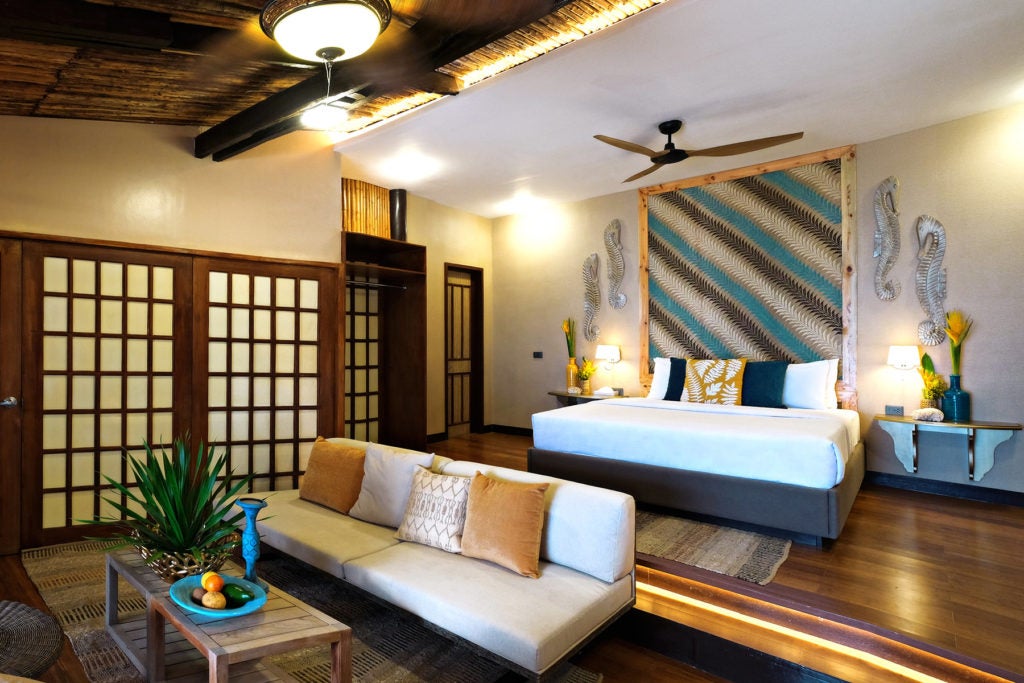 Club Serena Resort’s Ocean Suites opens to a balcony with an unobstructed view of the majestic Tañon Strait.

The thanksgiving party was also highlighted by the resort’s sumptuous Hawaiian dinner.

The team pointed out that along with Moalboal’s rich biodiversity and the resort’s prime location in the dive mecca, they were able to experience first hand to paddle with pilot whales during a sunset paddle. 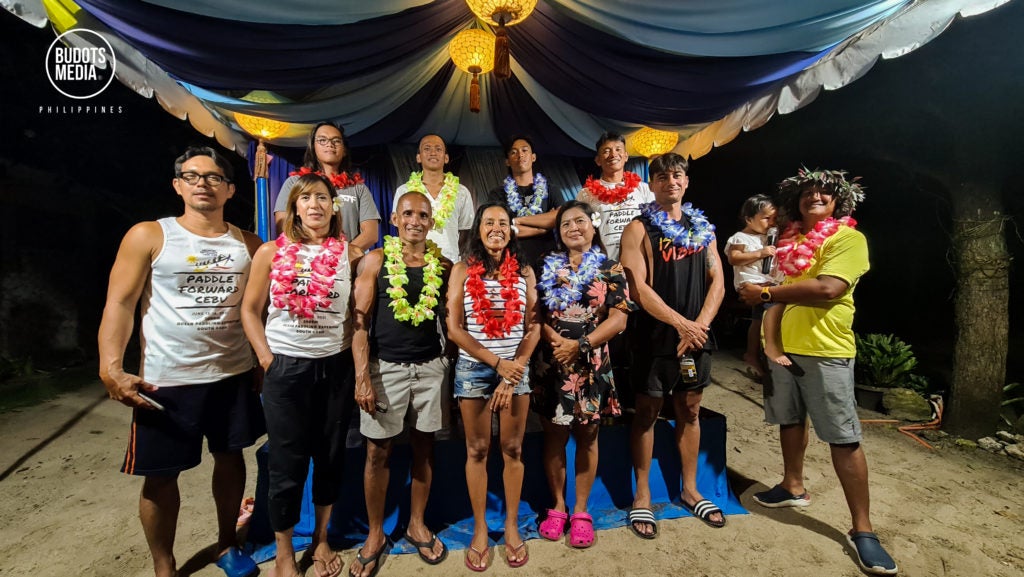 The team at Club Serena Resort during their Thanksgiving Party. | photo from Budots Media

Club Serena Resort presents a host of offers for you to recharge, refresh, and rejuvenate, it offer active pursuits above and under the waters of the Philippines’ largest marine protected area, the Kipot ng Tañon or Tañon Strait.

The resort has 12 luxurious suites and villas along with a host of facilities for dining, intimate events, and watersports that the resort and the POCC advocates. 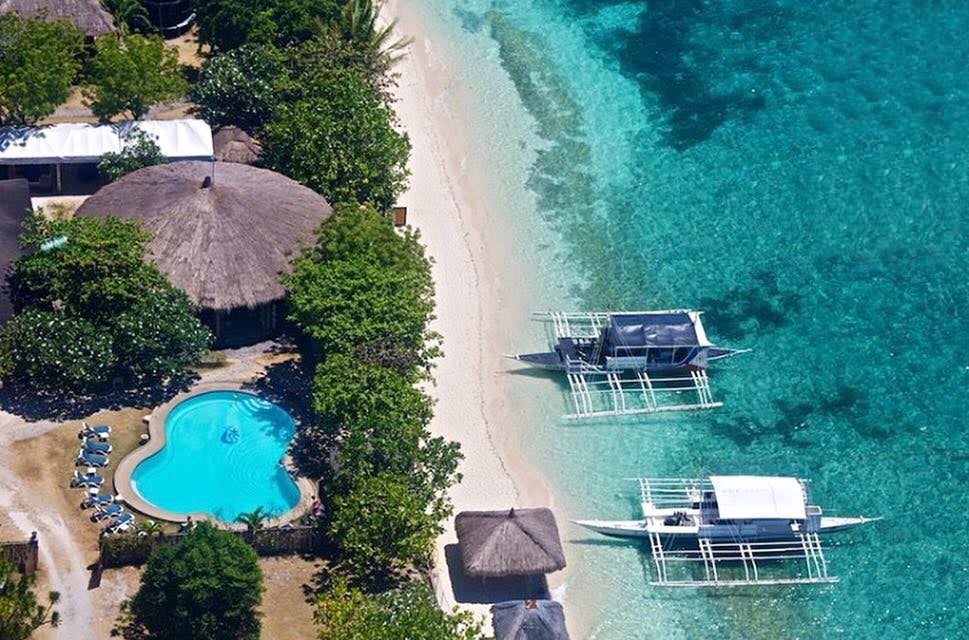 Any day is a good day to head to paradise, visit Club Serena Resort.