Admit it. Over the last 15 years, there’s a good chance that you’ve probably watched the movie “The Devil Wears Prada” more than once or twice.

We can’t blame you for rewatching because when it premiered on June 30, 2006, it has introduced us to the elite world of runway magazine and fashion, and proved to us that it’s more than just a chic comedy film.

It’s a film that highlighted Anne Hathaway and Meryl Streep’s range in acting, conveyed eminently quotable dialogue, gave a fresh look about fashion journalism, and perhaps most importantly, educated us all on the difference between the colors blue and cerulean.

For the iconic film’s 15th anniversary, Entertainment Weekly assembled several cast and crew members of the movie through a virtual video interview.

During the interview, the cast and crew take a nostalgia trip about working on the film and have revealed some fun facts about the movie that we probably have never heard about.

So “gird your loins!” and let’s take a look at some of the surprising facts and tidbits of the film that was shared during the cast reunion. 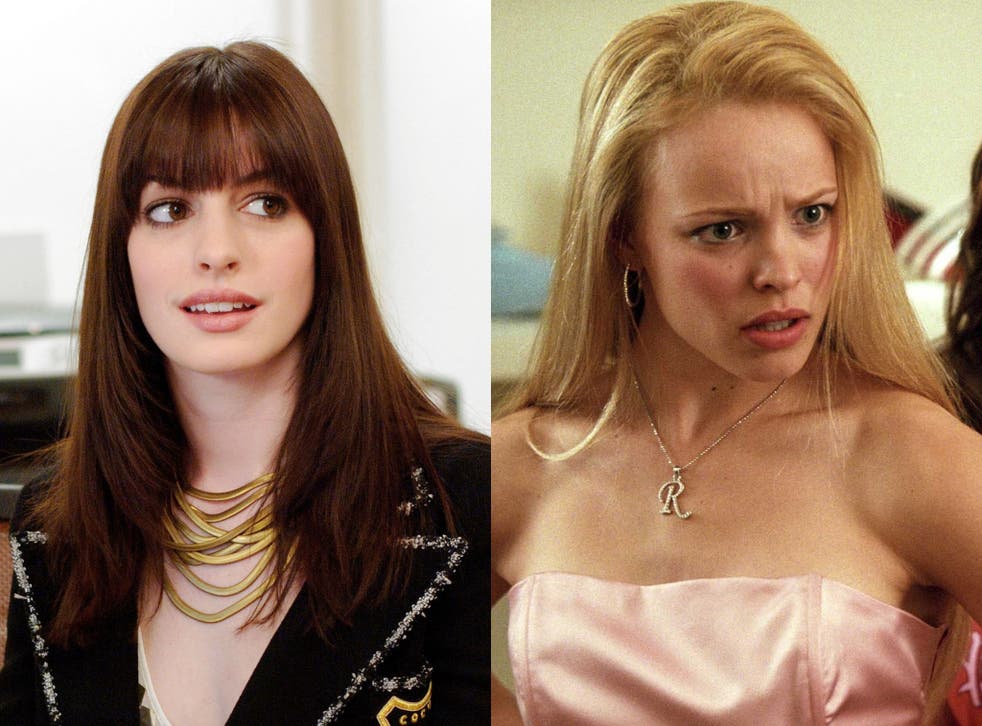 Last February, Hathaway has spoken up about the fact that she was actually ninth in line for the role of Andy. Director David Frankel revealed that Rachel McAdams was actually the top choice for the role because of her success in The Notebook and Mean Girls. The studio was adamant for McAdams’ to join in the project but she repeatedly turned the offer down, saying she wanted to step away from mainstream material. The other actresses considered before Hathaway were Scarlett Johansson, Natalie Portman, and Kirsten Dunst.

For the fans of the movie, it is common knowledge that the book Devil Wears Prada was inspired by Lauren Weisberger’s (author) stint as an assistant to the legendary Vogue editor, Anna Wintour. To make the film more realistic, the creators attempted to infiltrate the offices of Vogue and have managed to do so with the help of production designer Jess Gonchor. He snuck into Anna Wintour’s office and was able to recreate the office so authentically that Director Frankel was informed that Wintour redecorated hers immediately after the movie came out.

No designers wanted to appear in the film 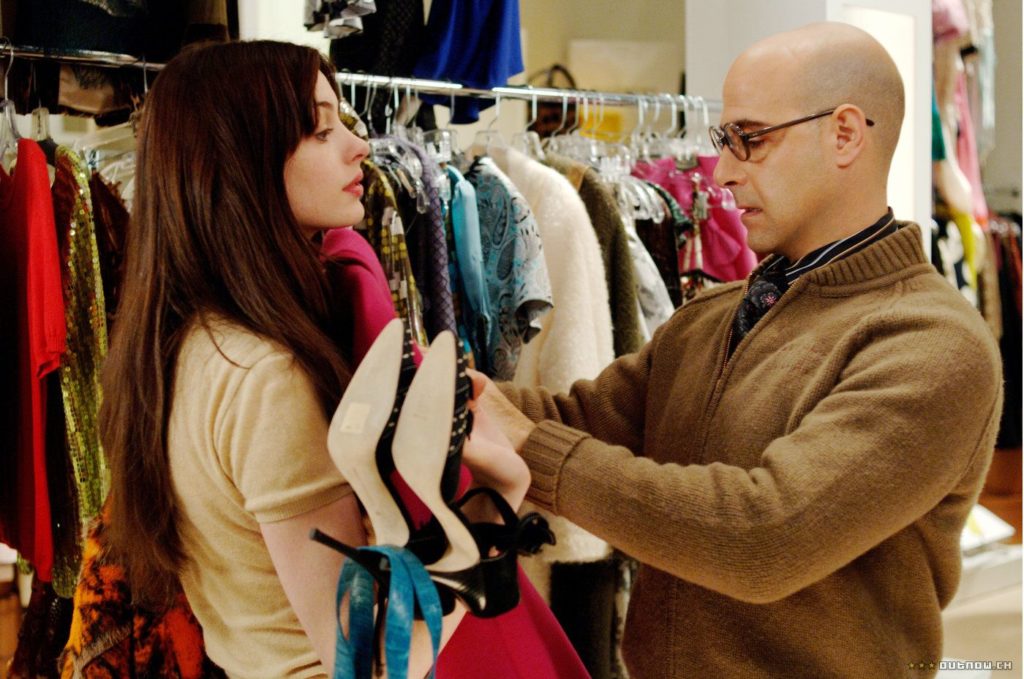 Patricia Field, the costume designer in charge of the film’s fashion, had a hard time getting clothes from noted designers.

However, it was through the help of Prada, who broke the ice and convinced other designers that Wintour wouldn’t be upset. 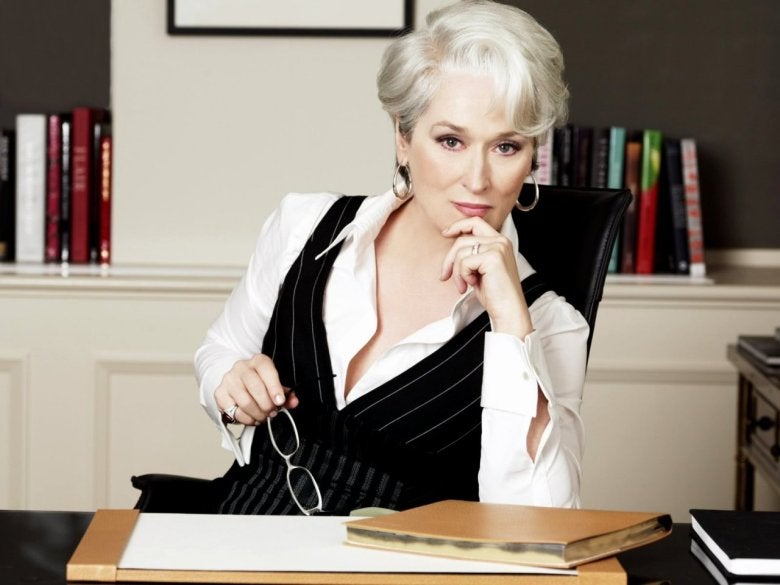 Contrary to Field and Streep’s excitement about Miranda’s white hair, the studio was less so and wanted for the character’s hair to be grey. Streep however stood her ground and fought the studio to retain the character’s white hair.  “Meryl channeled Miranda in that meeting, and there was no conversation about the hair; they looked into Meryl’s eyes and never said a word,” says director David Frankel. 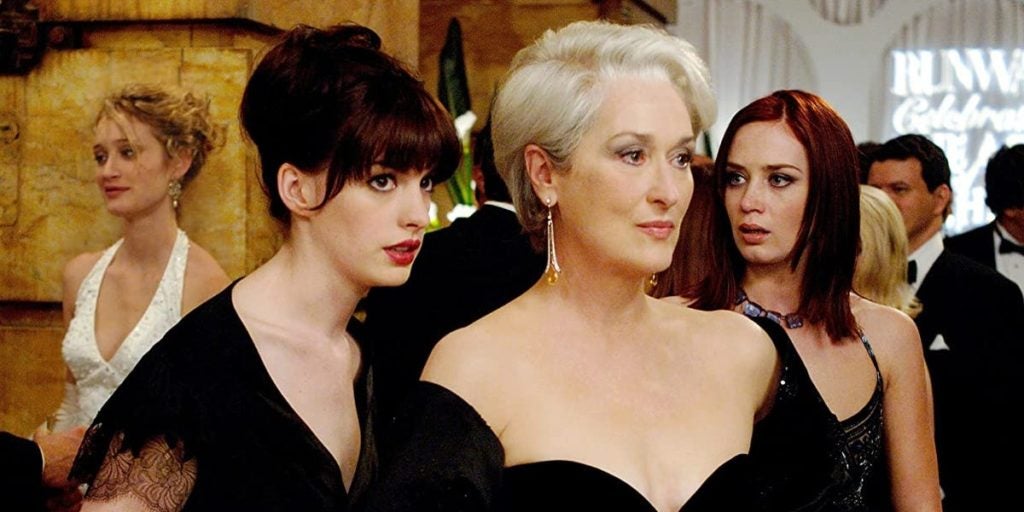 In an attempt to make her intimidating onscreen alter ego feel authentic, Streep purposefully didn’t talk and interacted much with her co-stars. “It was horrible!” she says. “I was [miserable] in my trailer. I could hear them all rocking and laughing. I was so depressed … that’s the last time I ever attempted a Method thing!” she added.