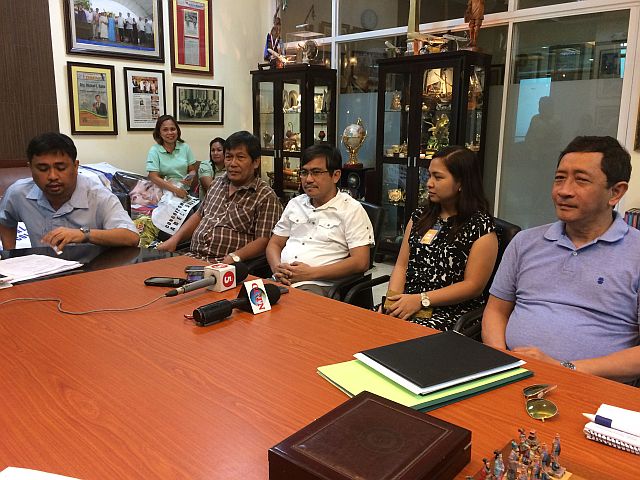 CEBU CITY, Philippines — Cebu City Local School Board (LSB) chairperson Raddy Diola was surprised to find out he was removed from his post from the school board.

Diola confirmed to CDN Digital that he found out through an order from Cebu City Administrator Floro Casas, Jr., to his predecessor that he was no longer a member of the board. He did not name his predecessor.

The former board chairperson said there was no advice that he was being booted off from his position from the city administration and that there had been no falling out with Mayor Edgardo Labella as well.

“Yes, unceremoniously booted. No reason was given. I have not talked to Casas and have no intention to do so,” said Diola in a text message to CDN Digital.

Diola had actively supported the current administration spearheading many of Labella’s vision projects including the establishment of the ED Radio, a radio channel where teachers can teach and guide through modules for students still studying at home due to the pandemic.

The chairperson also proposed 10 new schools for the city in order to decongest the main schools and provide more facilities for the city’s students.

Diola admitted that some of the proposed projects of the LSB have been sitting with the city administration for a long time now, making him believe that they disapproved of it, or at least, did not prioritize it.

This may have been a reason why he was removed, but it is yet to be confirmed.

“I have a pretty good idea why and yes, our projects have remained pending for months because Casas has been sitting on the documents for months,” he said.

Diola said he will no longer appeal his removal as he served the board out of a passion for education and refused to receive a salary since 2016.

He said that his principles and that of the current city administrator, are not aligned and the city’s administration may want someone else with the same vision as them.

As for the projects he started, he only hopes for these to be continued despite his removal from the board.

“First, I will not appeal and even if Casas’ mind will change, I will not accept for as long as he remains as administrator. Our principles are totally incongruent. As for the projects, I hope this will all push through,” he added.

CDN Digital tried to reach City Administrator Casas through text and phone calls, but the administrator has not been able to answer queries as of this posting.     /rcg

Read Next
Gwen Stefani and Blake Shelton tie the knot