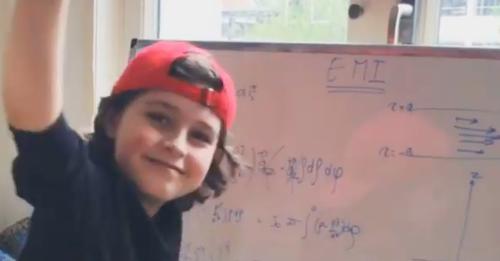 Laurent Simons graduated from the University of Antwerp in Belgium after earning an average of about 9 on his diploma, as per ANP news agency via Netherland News Live today, July 6. While Simons took a year to complete his bachelor’s degree, finishing the university’s physics program usually takes three years.

Simons is now set to continue with his graduate studies in physics at the same university and has actually finished some courses with the school’s master’s program.

“I have already completed a few courses,” he said in the interview. The boy added that he wants to work as a scientist in the future and plans to eventually “replace as many parts of the body as possible with counterfeit organs.”

Simons previously studied electrical engineering at the Eindhoven University of Technology in the Netherlands, but was unable to graduate because of a dispute between his parents and the school. He was set to become the university’s youngest graduate but was not permitted to finish his studies. The school found it unrealistic for Simons to graduate before his 10th birthday but his parents claim their son was a victim of “bullying behavior.”

Simons initially planned to move to Israel or the United States to continue his studies, but instead transferred to the University of Antwerp. Dana Cruz/JB