Pacquiao out, Cusi in as PDP-Laban president 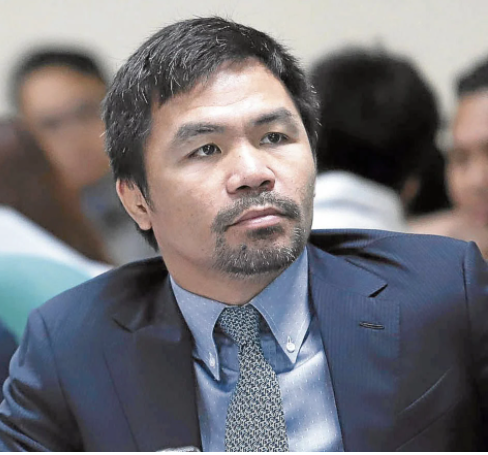 MANILA, Philippines — After weeks of infighting in the ruling Partido Demokratiko Pilipino–Lakas ng Bayan (PDP-Laban), Senator Manny Pacquiao was replaced Saturday by Energy Secretary Alfonso Cusi as the president of the party.

The election was held during PDP-Laban’s national assembly in Clark, Pampanga—an event Pacquiao dubbed as “unauthorized”—as what appears to be two factions within the party continue to clash.

Cusi’s election came a week after he was supposedly expelled by Pacquiao for allegedly violating provisions of the party’s constitution “by showing allegiance to a political party apart from PDP-Laban.”

But during the party’s national council meeting on Friday, the council approved a motion voiding what they called an “illegal” resolution expelling Cusi and two other party leaders.

In a resolution dated July 3, Pacquiao said Cusi supposedly admitted that he is open to the candidacy of Davao City Mayor Sara Duterte-Carpio as president, and President Rodrigo Duterte as vice president.

Duterte-Carpio is not a member of PDP-Laban and is currently the chairman of the regional party Hugpong ng Pagbabago (HNP).

President Duterte was also present during Saturday’s national assembly. Duterte has been trading barbs with Pacquiao after the senator questioned the government’s response to issues such as the West Philippine Sea.

Two factions now appear to be in place in PDP-Laban—one with Pacquiao and the other one with Cusi. With both sides claiming power, it still remains unclear whether Pacquiao being replaced as the president of the party is legitimate.