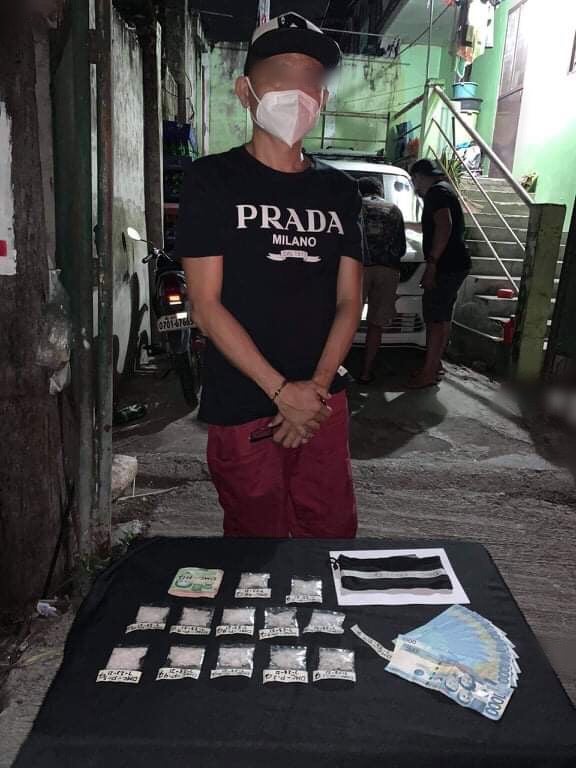 CEBU CITY, Philippines — A 47-year-old former drug detainee will end up in jail again after he was caught in a drug bust in Barangay Capitol Site here at around 12:30 a.m. on Friday, July 23, 2021.

Four months after he was released from jail through plea bargaining, Dennis Conui, a resident of Sitio Ponce, Barangay Capitol Site, will be placed behind bars again after police recovered 60 grams of suspected shabu from his possession inside his house. The ‘shabu’ confiscated from Conui has an estimated market value of P408,000.

During their background check, he said that they found that Conui was previously arrested for selling and possession of dangerous drugs last February 2020. He was released last March 2021.

Caballes added that the apprehension of Conui happened after a two-week surveillance of the suspect.

According to Caballes, the suspect can allegedly dispose of 150 to 200 grams of ‘shabu’ per week. His areas of disposal include barangays Kamputhaw, Sambag 1, and Sambag 2.

For now, Caballes said that interrogation is ongoing as they also try to trace the possible source and cohorts of Conui.

Conui is currently detained at the detention facility of the Cebu City Police Office pending the filing of appropriate charges.

Recently, Police Lieutenant Colonel Wilbert Parilla admitted that despite their campaigns against illegal drugs, drug peddlers also find their ways to operate on ground. With this, Parilla said that they are adjusting their strategy to catch these illegal activities.