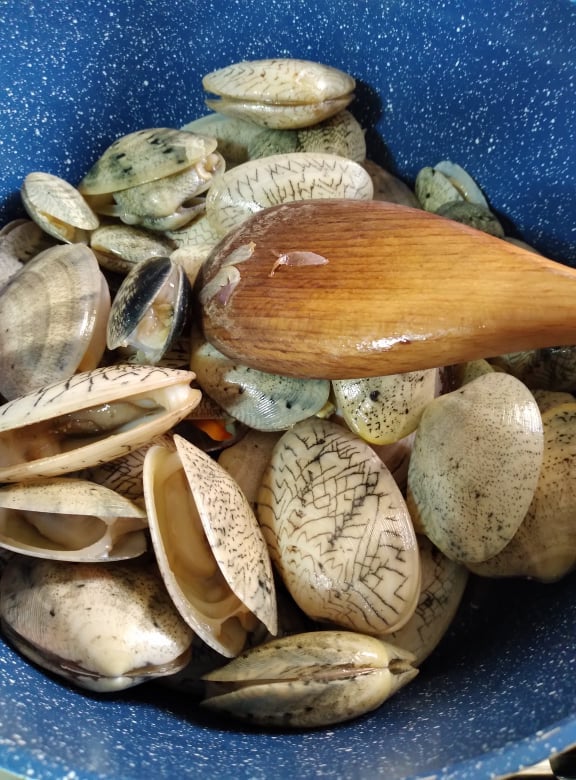 Eating shellfish collected from the shores in Tagbilaran City and Dauis town in Bohol are still not safe, warns the Bureau of Fisheries and Aquatic Resources in Central Visayas (BFAR-7)

CEBU CITY, Philippines – All kinds of shellfish collected from the coastal areas in Tagbilaran City and Dauis town in Bohol are still not safe for human consumption as they remain contaminated with high levels of red tide toxin.

The Bureau of Fisheries and Aquatic Resources in Central Visayas (BFAR-7) has issued a new warning that shellfish collected from the above-mentioned localities are still positive for Paralytic Shellfish Poison (PSP), also known as toxic red tide that is beyond the regulatory limit.

This is after the BFAR central office issued an updated advisory on Thursday, July 22, 2021, noting that the toxic red tide is still present in some coastal areas in the country which include the two areas in Bohol.

“Coastal villages in Tagbilaran City and Dauis town in Bohol province are advised to refrain from gleaning shellfishes in the sea waters off these areas while the red tide warning remains,” read BFAR-7’s advisory posted on its Facebook page.

BFAR, however, clarified that fish, squids, shrimps, and crabs are safe for human consumption provided that they are fresh and washed thoroughly and that internal organs such as gills and intestines are removed before cooking.

As defined under the Fisheries Administrative Order No. 235 of the Department of Agriculture, PSP is a water-soluble, heat and acid resistant marine toxin produced by dinoflagellates, causing symptoms characterized by nausea, vomiting, diarrhea, tingling sensation in the lips and extremities, numbness, and in severe cases, death.   /rcg