Quality of life worse for 49% of Pinoys – SWS survey 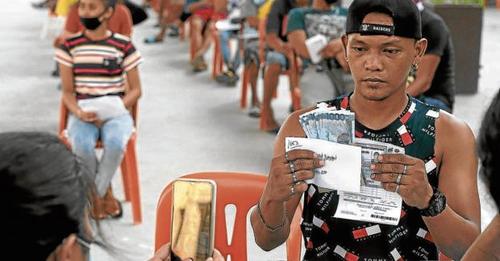 MANILA, Philippines — Nearly half of adult Filipinos said their quality of life had gotten worse in the past year while over a third remain optimistic about the next 12 months, according to the latest Social Weather Stations (SWS) survey.

The survey, which interviewed 1,200 adult Filipinos in-person, was conducted from June 23 to 26.

Forty-two percent said it would stay the same while the remaining 14 percent did not give an answer.

The figures resulted in a “very high” net personal optimism score of +30 (optimists minus pessimists), six points above the “high” +24 in May. However, it was five points below the “very high” +35 in November last year.

Meanwhile, net personal optimism score in Mindanao went from “high” +26 in May to “high” +24 in June while it was unchanged at “fair” +15 in Visayas.

By educational attainment, net personal optimism was “very high” among Filipinos with higher levels of education.