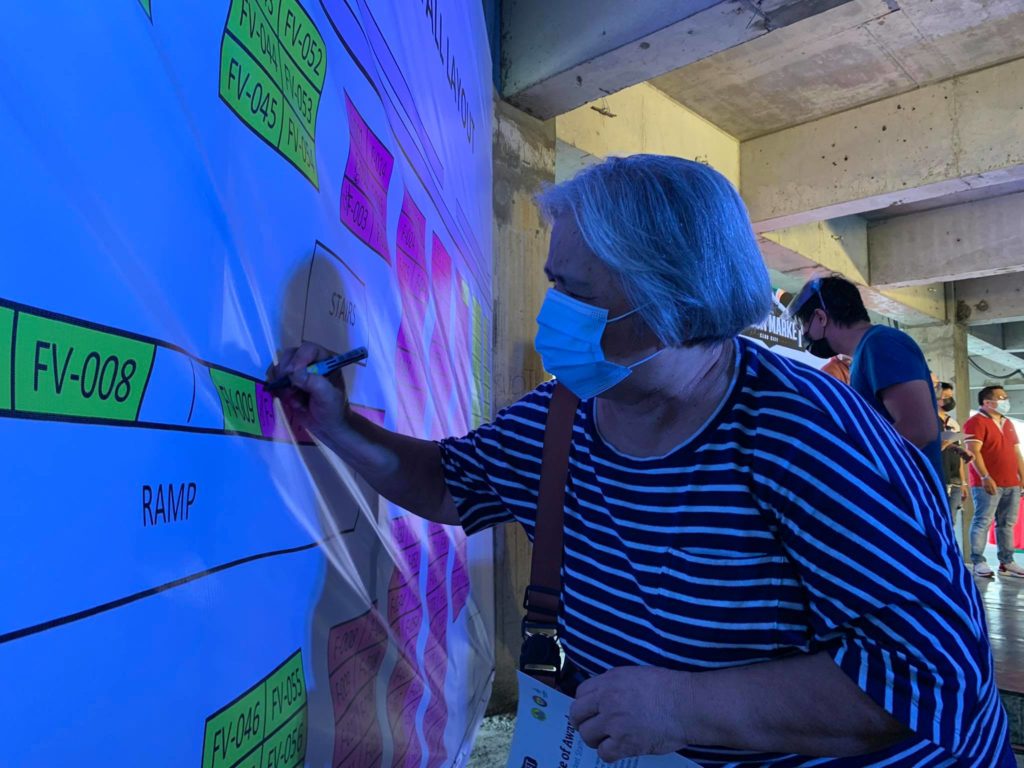 Some 700 vendors of the Carbon Public Market get their temporary stalls in Unit II.

CEBU CITY, Philippines — The first phase of the Carbon Market modernization is right on track with Megawide Construction Corp. releasing the first looks on the new stalls for Unit II.

Louis Ferrer, the Executive Director for Infrastructure of Megawide, said the stalls have been showcased so that vendors who will be temporarily transferred to Unit II will finally see for themselves the new Carbon Market they envision.

The 5-square-meter stalls are designed based on category: flowers, fruits and vegetables, general merchandise, native products, and karenderia.

The stalls are designed differently because the temporary market in Unit II will also be divided accordingly to those types of foods sold.

There is no meat section as the meats are sold in a different unit in the Carbon Market.

At least 700 stalls owners have been given their stall certificates on Friday, July 30, 2021.

The city’s Market Operations Division (MOD) said these stall owners came from the Freedom Park and Warwick’s Barracks, those who will be affected by the modern public market.

MOD Head, Irvin Cabales, said that all stall owners from the two areas will be assured of a stall and that certificate is the assurance they hold.

Ambulant vendors will also be transferred to the temporary Unit II market, but there is no definite number yet on how many ambulant vendors can be catered.

Ferrer assured the city government that the Unit II renovations will be completed at the last quarter of the year so that the vendors can already be transferred there and the bigger construction can begin.

Megawide noted less resistance from the vendors now as they continue to hold consultations with the vendor groups.

Caballes confirmed that 95 to 98 percent of the vendors have now agreed to the development especially that they have been assured of spots in the new Carbon Market soon.

The MOD also continues to explain to the vendors the importance of modernizing the Carbon Market in a series of dialogues.

For the temporary market in Unit II, the MOD will be running the operations completely including the collection of the rent.

The office of the agency is also located in Unit II allowing closer management of the soon-to-be temporary market.    /rcg

http://Carbon vendors, stall owners to police: Allow our vehicles inside