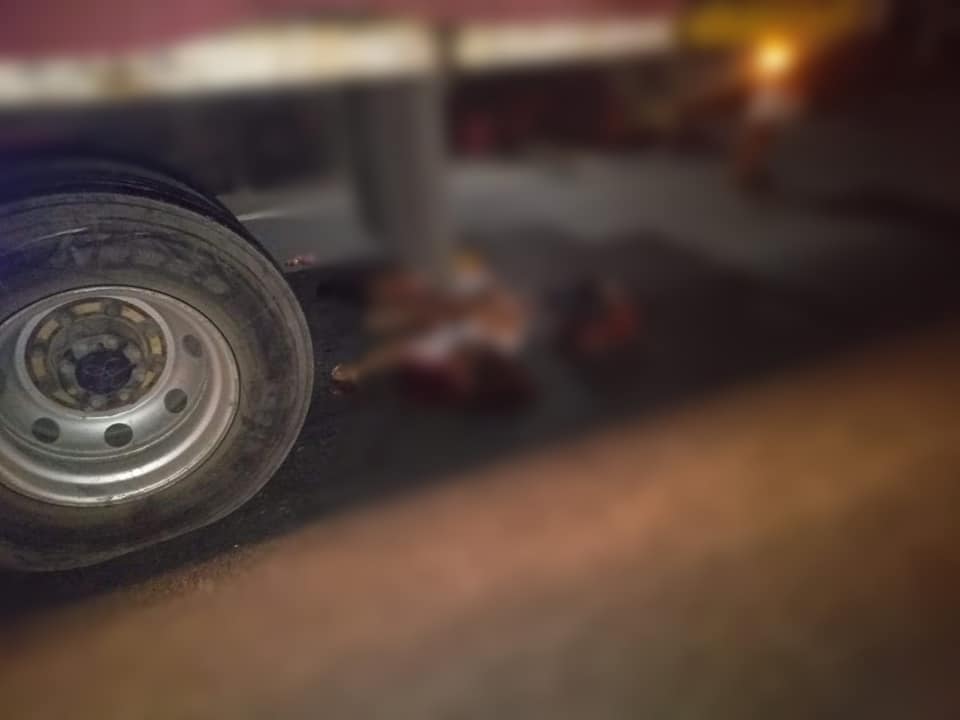 A 17-year-old girl died after she was hit and dragged by a 10-wheeler truck along N. Bacalso Avenue in Barangay Lawaan 1, Talisay City past 10 p.m. on Tuesday, August 3, 2021. | Photo Courtesy of City of Talisay Traffic Operations & Development Authority

CEBU CITY, Philippines – Traffic investigators are looking for closed-circuit television (CCTVs) along N. Bacalso Avenue in Barangay Lawaan 1, Talisay City that can help paint a clearer picture of what happened in a vehicular accident that claimed the lives of two individuals shortly after 10 p.m. on Tuesday, August 3, 2021.

Although they have already accounts from witnesses in the area, Police Staff Sergeant Carlos Dicdican of the Traffic Section of the Talisay City Police Station said they still have to look for CCTVs so as to determine what really happened during the accident that involved a motorcycle, a ten-wheeler cargo truck, and a carrier transporter.

Initial investigation revealed that the three vehicles were heading to Cebu City when the accident happened.

The motorcycle driven by Hardeep Singh, a 30-year-old Indian national, who was carrying a 17-year-old girl believed to be his partner, was allegedly dragged by the ten-wheeler cargo truck driven by Mofil Canape Pitogo.

Since both the driver and the girl fell to the ground, the girl was then hit by the carrier transporter driven by Anthony Llego, who was also heading the same direction.

Both Singh and the girl, who reside in Barangay Linao and Jaclupan, Talisay City, respectively, were declared dead on the spot by  responding medical personnel.

Dicdican said Pitogo allegedly did not notice the motorcycle carrying the Indian national and the girl.

(He allegedly didn’t notice that he hit something because their truck is huge.)

Dicdican added that Pitogo and Llego are currently held at the detention facility of the Traffic Section Office of the Talisay City Police Station while awaiting for the filing of cases for reckless imprudence resulting to multiple homicide and damage to property.