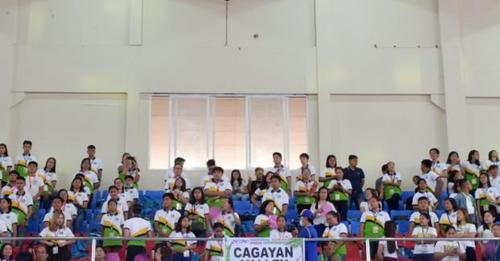 In this file photo, Cagayan Valley region delegates sit one seat apart inside the Cagayan Coliseum during the opening ceremonies of the 2020 National Schools Press Conference in Tuguegarao City. | Carlo Jacob Molina/INQUIRER.net

MANILA, Philippines — The Department of Education (DepEd) is set to gather the best and brightest campus journalists and school paper advisers in the country next week as it announced the conduct of the first-ever online National Schools Press Conference 2021 which will be called the National Conference on Campus Journalism in the 21st Century.

Anchored on the theme “Pahayagang Pangkampus: Kaagapay sa Paghilom at Pagbangon ng Sambayanan,” this year’s NSPC will run from August 8-13, although digital, as the country continues to grapple with the threat of the coronavirus pandemic.

Cagayan de Oro City in Misamis Oriental was supposed to take on this year’s hosting rights but has been postponed due to the ongoing health crisis.

Read Next
Our daily bread