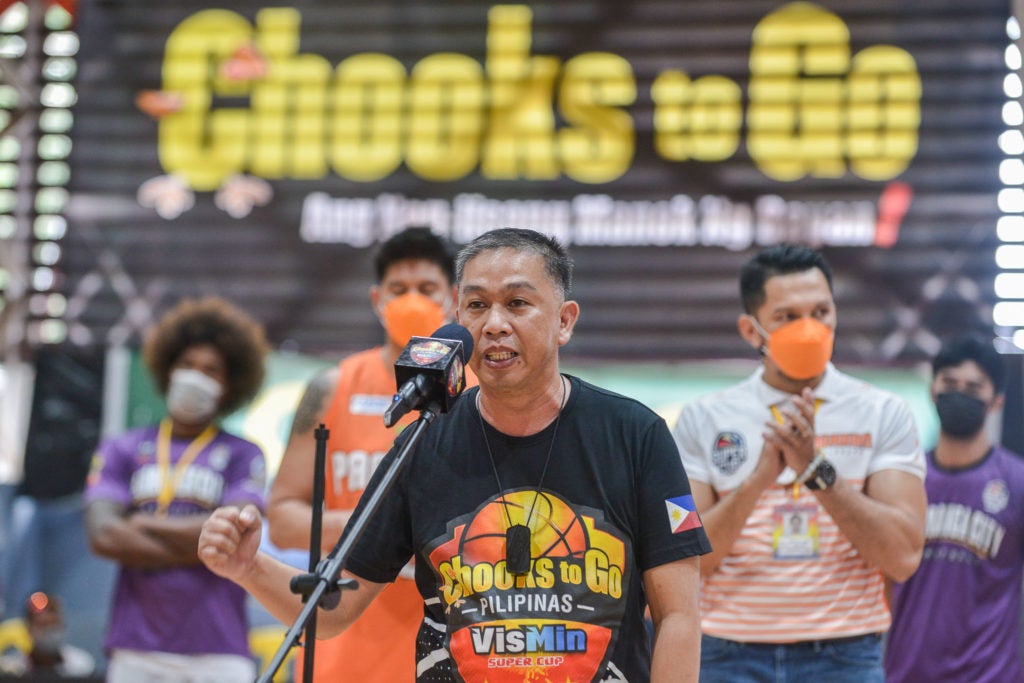 The good news was relayed  tonight, August 9,by league COO Rocky Chan prior to the start of the all-important Game Two at the Pagadian City gymnasium in Pagadian City, Zamboanga del Sur.

Besides owning the bragging rights of being the best Mindanao team, the winner between finalists Jumbo Plastic-Basilan Peace Riders and the Petra Cement-Roxas Vanguards will also pocket the P500,000 bonanza.

The runner-up will not go home empty-handed though, as it will receive a P100,000 booty.

Game Two is being played as of this writing with the Peace Riders going all out for the title-clinching victory while the Vanguards will try to force a rubber match.

“Just like in the Visayas Leg of the tournament, we will be awarding the winner of the Mindanao Leg with P500,000 while the runners-up will get P100,000,” said Mascariñas.

“We are hoping that this will inspire our two finalists in Basilan and Roxas more and hopefully this will help them with their expenses. This is our way of giving back to the two teams for inspiring our country through their games and talents,” he added.

Basilan is on the verge of becoming Mindanao’s inaugural champion after winning Game One, 81-69 yesterday.

Mascariñas did the same thing in the Visayas Leg, where winner KCS Computer Specialist Mandaue City also got P500,000 which owner Ricky Verdida used to alleviate the team’s expenses.

MJAS Zenith-Talisay bagged the P100,000 reward for being the bridesmaid.

To cap off his announcement, Chan teased everyone for what’s to come in the Southern Finals.

Read Next
Lapu-Lapu mayor: I’m for granular lockdown instead of ECQ