Lapu-Lapu mayor: I’m for granular lockdown instead of ECQ 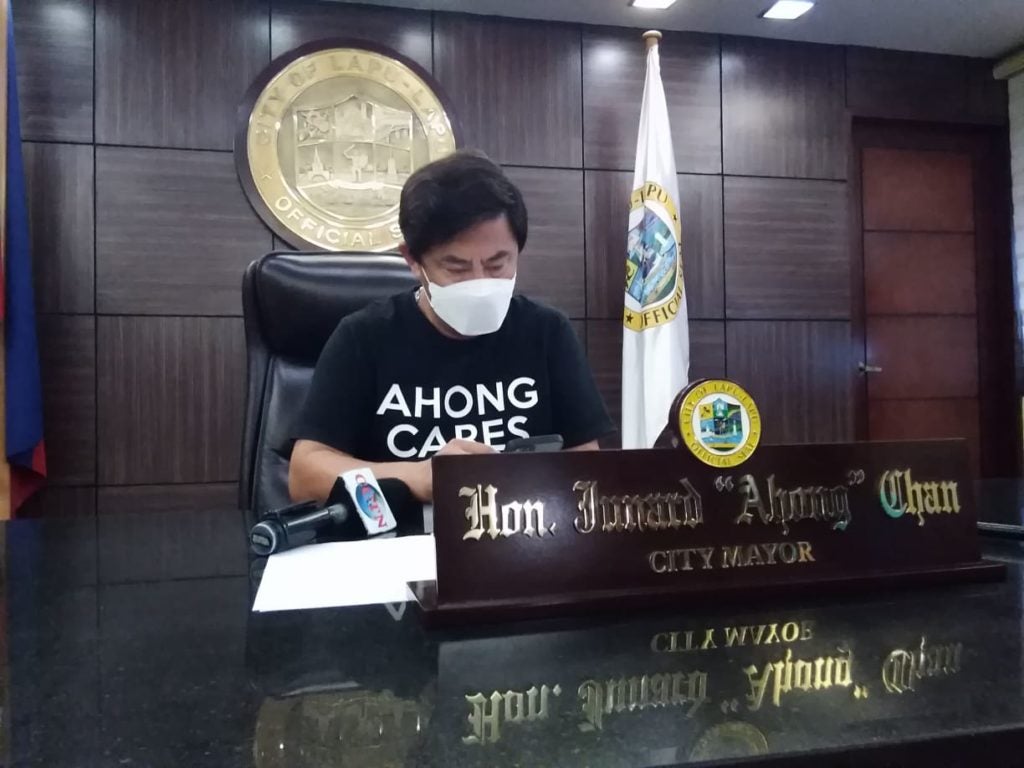 Mayor Junard Chan says that he is more inclined to implement a granular lockdown than putting the city under enhanced community quarantine. | Futch Anthony Inso

LAPU-LAPU CITY, Philippines — Lapu-Lapu Mayor Junard “Ahong” Chan said that he was more in favor of implementing a granular lockdown than placing the city under enhanced community quarantine (ECQ) status.

Chan said this after he admitted that he received suggestions from medical frontliners to place the city under ECQ.

The suggestion was made because of the continued increase of coronavirus disease 2019 (COVID-19) cases in the city, and the presence of the Delta variant.

The Lapu-Lapu Mayor Chan also said that he had a meeting today, August 9, 2021, with Cebu Governor Gwendolyn Garcia where they might also tackle the issue in placing the whole province under ECQ.

Aside from this, Chan said that they would also consider implementing stricter health and safety protocols.

Chan reiterated that he was more in favor of implementing a granular lockdown instead of placing the city under ECQ.

He said that the city could no longer afford to undergo another ECQ since the city’s funds had already been depleted.

(Because if we declare the city [under ECQ], then we need also to balance the economy that the people would still have their livelihood. It is better to just have certain areas to be locked down.)

Chan added that he is also considering the 10 barangays with Delta variant cases to undergo granular lockdown.

Soriano: No granular lockdowns in Cebu province for now