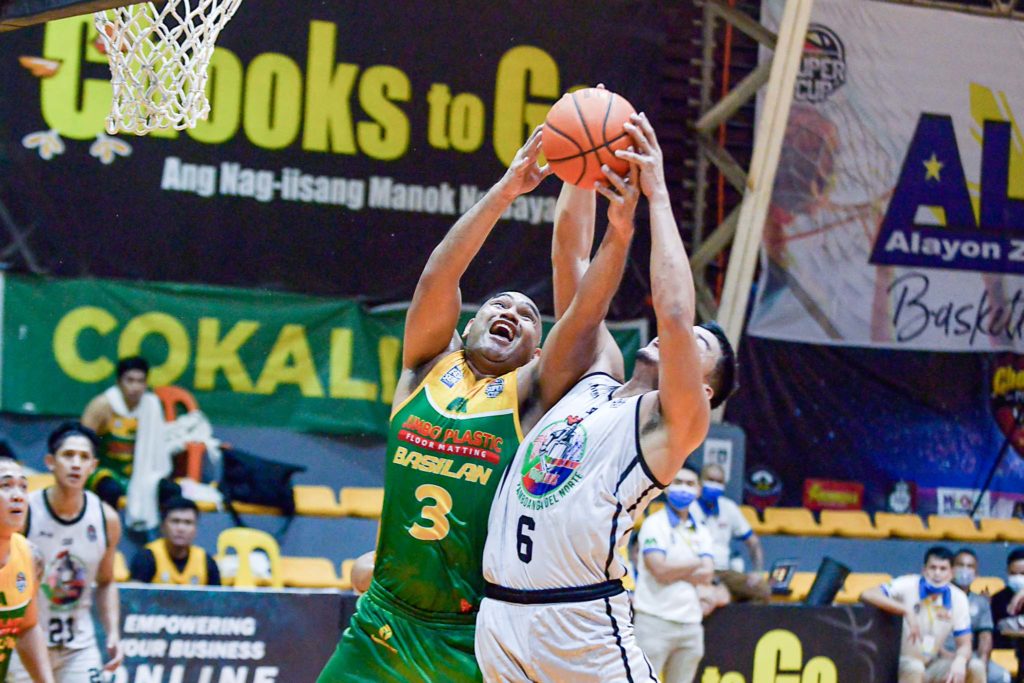 The Peace Riders stormed to the crown with relative ease after dumping the Vanguards, 89-70, in Game Two and dominating the Mindanao leg by winning all their games for a league history, 10-0 record.

They now set their sights on the grand finals title against Visayas leg kings, the KCS Computer Specialists Mandaue City in a best-of-five showdown. The series starts Wednesday, Aug.11.

Roxas starting center Lester Reyes hit the showers at the 3:57 mark of the second period after committing a flagrant foul penalty 2 on Basilan’s Gabo.

Before Reyes’ ejection, the Peace Riders were limited to just 16 points in the paint. After he was gone, Basilan pounded the paint with 48 points.

Aside from Reyes, there were other flagrant foul penalty 1s called on Kim Saliddin, Jhong Bondoc, and Raj Elmejrab. James Castro was also called for a technical foul.

Leo Najorda paced the Vanguards with 15 points. Castro added 13 markers and five rebounds but had six turnovers. Jordan Sta. Ana missed the game due to a left knee strain.

Besides the honor of being the Mindanao leg champions, the Peace Riders will also bring home P500,000 courtesy of Chooks-to-Go.

Read Next
Girl, 3, falls into Cebu City creek, found dead after getting carried away by onrushing water