Girl, 3, falls into Cebu City creek, found dead after getting carried away by onrushing water

Girl and her brother, 4, were the only ones at home when accident happened 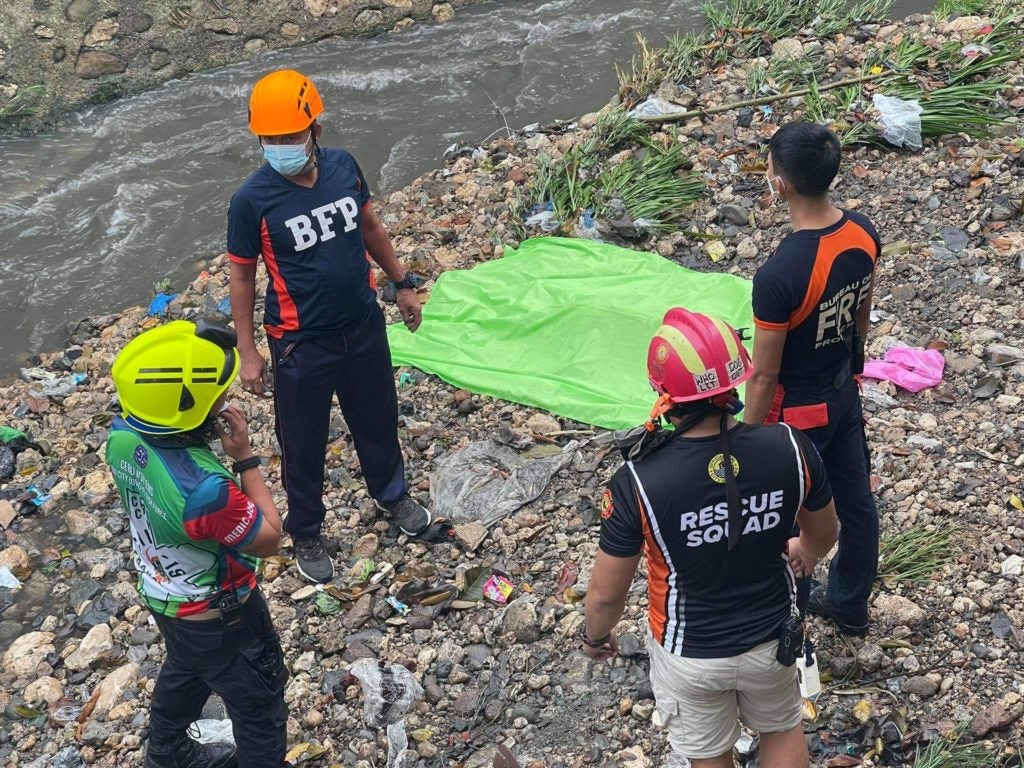 The body of the dead 3-year-old girl was found a few kilometers away from her home after she fell on the Mahiga Creek in Barangay Kasambagan, Cebu City and got carried away by the onrushing  water of the creek at past 4 p.m. today, August 9.  | Photo of BFP-7

CEBU CITY, Philippines — A 3-year-old girl died after she was carried away by the onrushing water of Mahiga Creek in Barangay Kasambagan, Cebu City shortly before 4 p.m. today, August 9.

Ramil Ayuman, officer in charge of the Cebu City Disaster Risk Reduction and Management Office, said that it was around 4:11 p.m. that they received the report from the barangay.

About 15 minutes passed, when the body of the child was found in Sta. Lucia area in the same barangay.

Romeo Lepiten, focal person of barangay Kasambagan’s Gender and Development, who responded to the incident, said that the 3-year-old girl was with her 4-year-old brother before the incident happened.

The two children were both left alone in their house located beside a river.

Lepiten said that the aunt of the child who lives nearby was told to look after the children.

However, the aunt did not notice that the child went outside and fell off the creek. She just knew about it when a neighbor shouted that there was a child being carried away by the water.

From the child’s residence in Muhon 1, Barangay Kasambagan, the child was found in Sta. Lucia area and she was already dead.

(They heard someone shouting that there was a child being carried away by the water. Maybe, when the girl went outside she might have slipped and fell off the creek. The bank of the creek has no railings.)

Lepiten added that he had no information where the mother was during the incident. He further said that he only talked with the aunt who was still in shock.

He said the barangay officials had already reminded the residents there to follow the three-meter easement from the river.

(They reside there for quite a while already. Actually, the barangays officials even the barangay workers and volunteers have been reminding the residents to follow the three-meter easement from the river. Also, they do not have relocation yet.)

For now, Lepiten said that he was proposing to the barangay officials to give financial assistance to the bereaved family.

As of this posting, the Mabolo police investigator is still in the area conducting further investigation regarding the incident.

Read Next
More Mandauehanons now want to be vaccinated