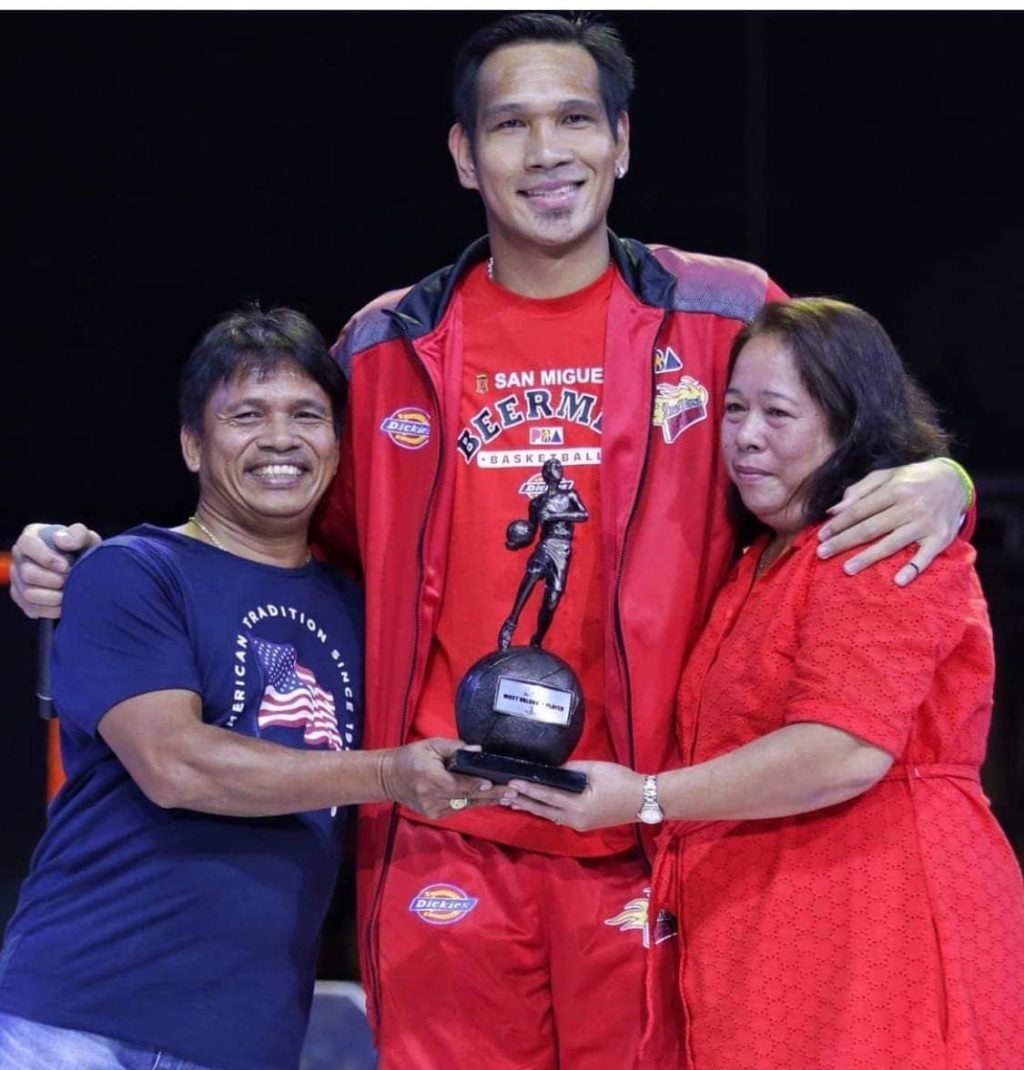 CEBU CITY, Philippines — Junemar “The Kraken” Fajardo is grieving the loss of his ever-supportive mother Marites, who unexpectedly passed away on Thursday dawn, August 12.

Fajardo, the six-time PBA MVP from the San Miguel Beermen, is widely known by everyone for being a self-confessed “mama’s boy”.

The 6-foot-10 Fajardo, in one of his interviews, admitted that he had always been excited and always looking forward to going home in Pinamungajan town in southwestern Cebu to enjoy his mother’s home-cooked meals.

Fajardo even wore a T-shirt in one of his practices with Gilas Pilipinas with a print ‘#Mamasboii’ and had a huge print of him and his mom at the back.

On his Facebook page, Fajardo already changed his profile picture with a lighted candle as a sign of grief.

The reason for her passing has yet to be confirmed, and the family has yet to release an official statement as of this writing.

However, the social media is already flooded with posts of sympathy and prayers coming from basketball fans, netizens and Fajardo’s relatives.

If anyone can attest to Fajardo’s love for his mom, it is his long-time mentor, Lawyer Baldomero Estenzo.

“He was the closest person to his mom. She was everything to him. This is very painful to Junemar. May her soul rest in peace,” said Estenzo, who discovered Fajardo.

Junemar’s closeness to his mother became very popular when he didn’t join the brawl between his Gilas Pilipinas teammates and the Australian men’s national basketball team in 2019 during the FIBA World Cup Asian Qualifiers.

The 31-year-old Junemar stated that his mother taught him valuable life lessons, including the importance of staying away from trouble always.

Out for more than a year, Fajardo struggles in first game back