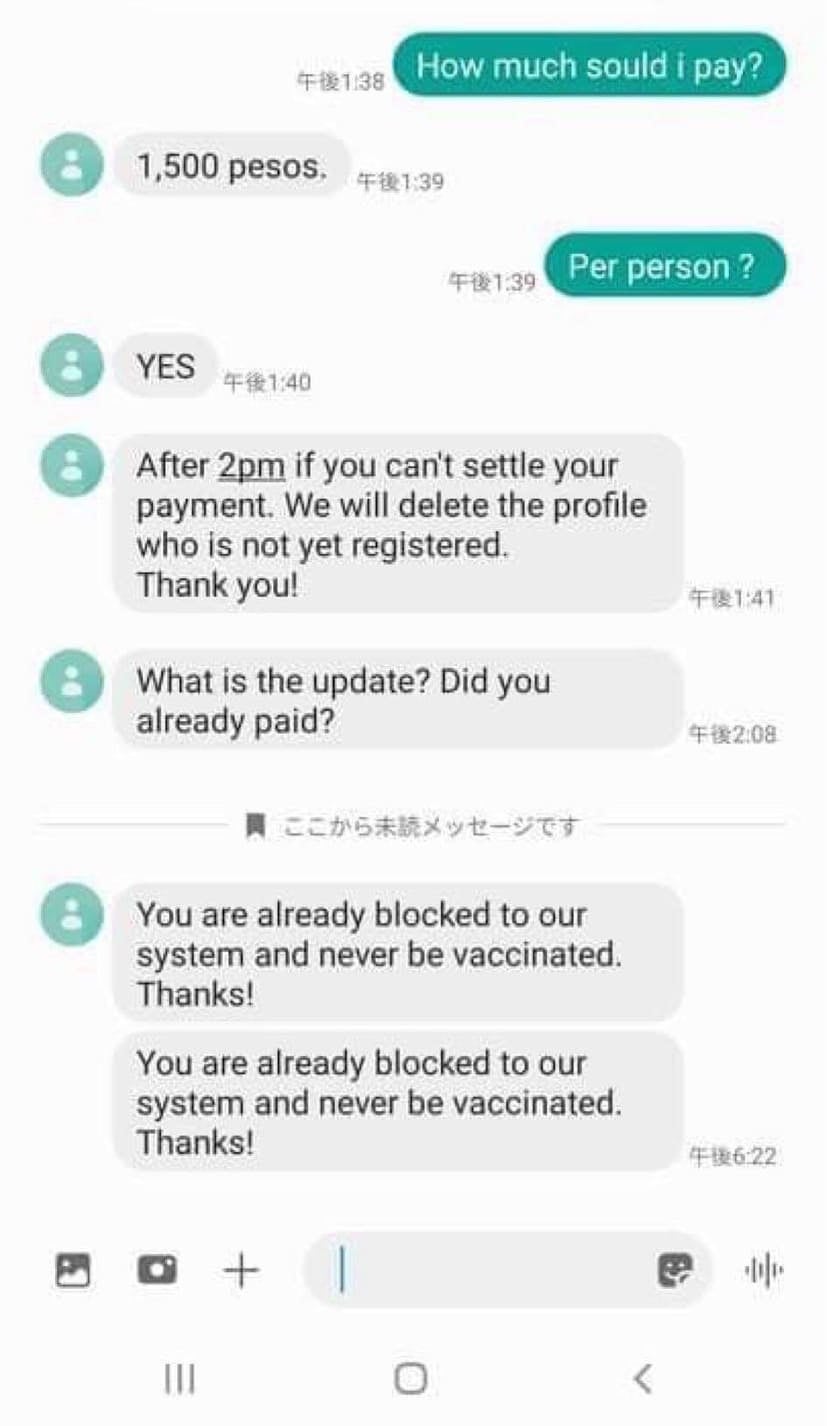 A screenshot of the conversation between a student and an alleged seller of COVID-19 vaccines.  | Photo courtesy of SWU-MSC-STRAW

On the Facebook Page of a student organization in a medical university, a student reported that they have received a message from an individual asking for P1,500 to get a vaccine schedule.

“The said student was asked to pay 1,500 pesos to be vaccinated, and was told by a certain contact that they will be blocked from receiving the vaccine because the student was unable to pay at the given time,” said the student organization.

The post has reached Councilor David Tumulak and he immediately wrote to the CIDG to investigate the incident.

Tumulak also urged the school to cooperate in the investigation through coordination with the victim.

Acting Mayor Michael Rama said he wants the National Bureau of Investigation (NBI) to also get involved in the investigation.

He said that the vaccines are free and the government is not asking for any amount to get a schedule or a shot.

Individuals can only register on the website and wait for a specific schedule to get vaccinated.

Should they encounter individuals asking for money for the vaccines, this must be immediately reported to the city government and the police.

Rama said the city government will not tolerate such forms of scams that aim to take advantage of those who are determined to get vaccinated.      /rcg