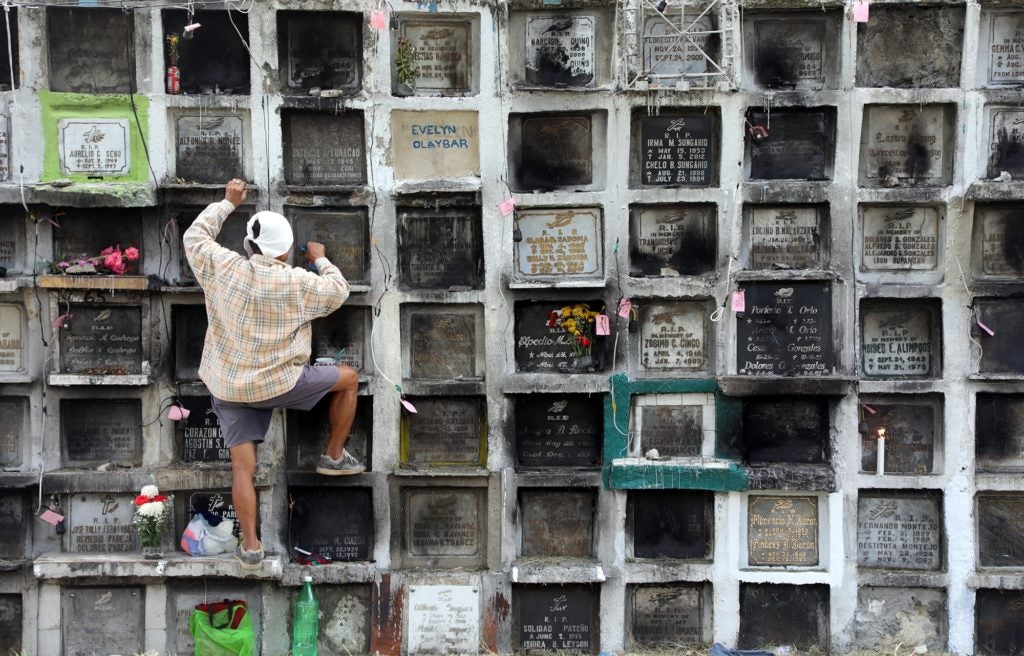 A man cleans tombs in preparation for All Saints and Souls Days at St. Joseph Parish cemetery in this 2018 photo. | CDN file photo

CEBU CITY, Philippines — The construction of the proposed new tombs in four major Catholic cemeteries in Cebu City will take approximately only five weeks to complete.

However, this can only start once Cebu Archbishop Jose Palma agrees to provide the city the 140 square meters of space in each of the Calamba Cemetery, Cabantan Cemetery in Barrio Luz, Talamban Cemetery, and Carreta Cemetery.

Councilor Jerry Guardo, chairperson for infrastructure, said the Department of Engineering and Public Works (DEPW) were preparing the Program of Works and Estimates (POWE) for the project and they estimated that one block of tombs, which could house at least 40 cells, would take a week to build

In one cemetery, it will take five weeks to complete, and since they plan to work simultaneously across all cemeteries, the project completion is expected in more or less the same time period.

(We are waiting for Archbishop Palma to sign the MOA [memorandum of agreement]. We are asking 140 square meters. These are five blocks, every block there will be 40 tombs. So in the four cemeteries, we can have 800 available tombs.)

The city government would also be utilizing its existing resources like cement and other construction materials to reduce cost on construction.

Councilor David Tumulak said that at least two cemeteries had already agreed to the proposal and had recommended to Archbishop Palma their approval.

The parishes handling the Cabantan Cemetery in Barrio Luz and Calamba Cemetery have expressed agreement to the proposal and have in fact started cleaning up the areas they plan to give to the city government.

Tumulak said that once the tombs would be completed, the city would leave the management of these tombs to the respective cemetery managements and parishes.

Cemetery in A. Lopez, Cebu City closed due to illegal exhumations