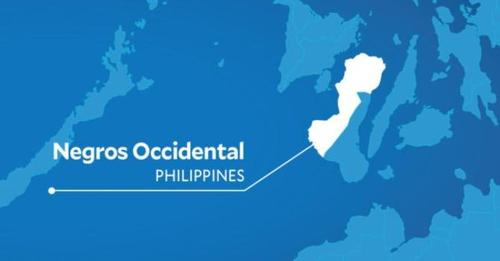 BACOLOD CITY – The Negros Occidental Provincial Health Office (PHO) is looking into how a 35-year-old pregnant woman from Valladolid town got infected with the highly-contagious COVID-19 Lambda variant.

According to Provincial Administrator Rayfrando Diaz, a lot of questions were raised regarding the presence of the latest variant in Negros Occidental.

He said the woman had never traveled outside of Negros Occidental in the past year and that all of the patient’s family and close contacts tested negative for COVID-19.

The 35-year-old, who was asymptomatic, delivered a baby boy on July 22. She has since recovered from COVID-19.

The Lambda variant, which was first documented in Peru on December 2020, is feared to be more resistant to vaccines.

The woman from Negros Occidental and her newborn baby were released from a monitoring facility on August 6, or nine days before she was confirmed to be the first case of the COVID-19 Lambda variant case in the country.

“The Negros Occidental Provincial Health Office was notified and both patient and her baby were scheduled to undergo swabbing,” the Department of Health (DOH) in Western Visayas said in a statement on Monday.

The woman from Valladolid town was earlier declared as having recovered from the disease before she and her baby were released from the Corazon Locsin Montelibano Memorial Regional Hospital.

The then pregnant woman was first swabbed on July 2, and tested positive for coronavirus.

While asymptomatic, she was transferred to a quarantine facility and tested negative during a re-swab on July 16.

But she again tested positive for the virus on July 22, during a routine swabbing for those giving birth. The baby and other close contacts tested negative.

The DOH regional office said the woman’s specimen was sent to the University of the Philippines-Philippine Genome Center for whole genome sequencing on August 2.

The test result indicating her infection with the Lambda variant was released on Monday.

The DOH said the Lambda variant is currently considered by the World Health Organization as a variant of interest (VOI).

A VOI can potentially be more infectious and has severe effects than the original strain.

“This VOI has the potential to affect the transmissibility of SARS CoV-2 and is currently being monitored for its possible clinical significance,” according to the DOH regional office.