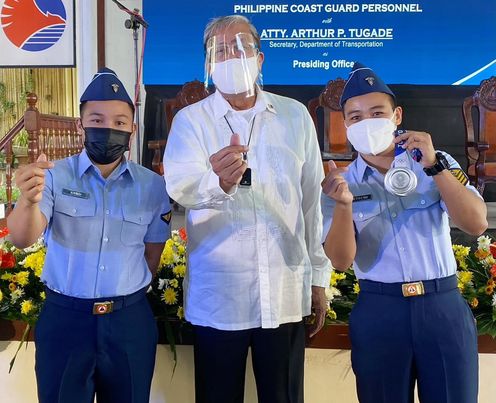 The 22-year old weightlifter who placed seventh overall in the recent Tokyo Summer Olympics in the women’s -64-kilogram division has officially taken oath as a Sea Woman Apprentice Unrated in Manila.

No less than Transportation Secretary Arthur Tugade served as the presiding officer of the oath-taking ceremony.

Ando took a short break from training to attend the oath-taking ceremony.

According to Ando’s coach, Ramon Solis, they already started training in Cebu City last August 2 as the former is scheduled to vie in the International Weightlifting Federation (IWF) World Championships in Lima, Peru.

The international weightlifting competition serves as one of the Olympic qualifying tournaments for the 2024 Paris Olympics.    /rcg