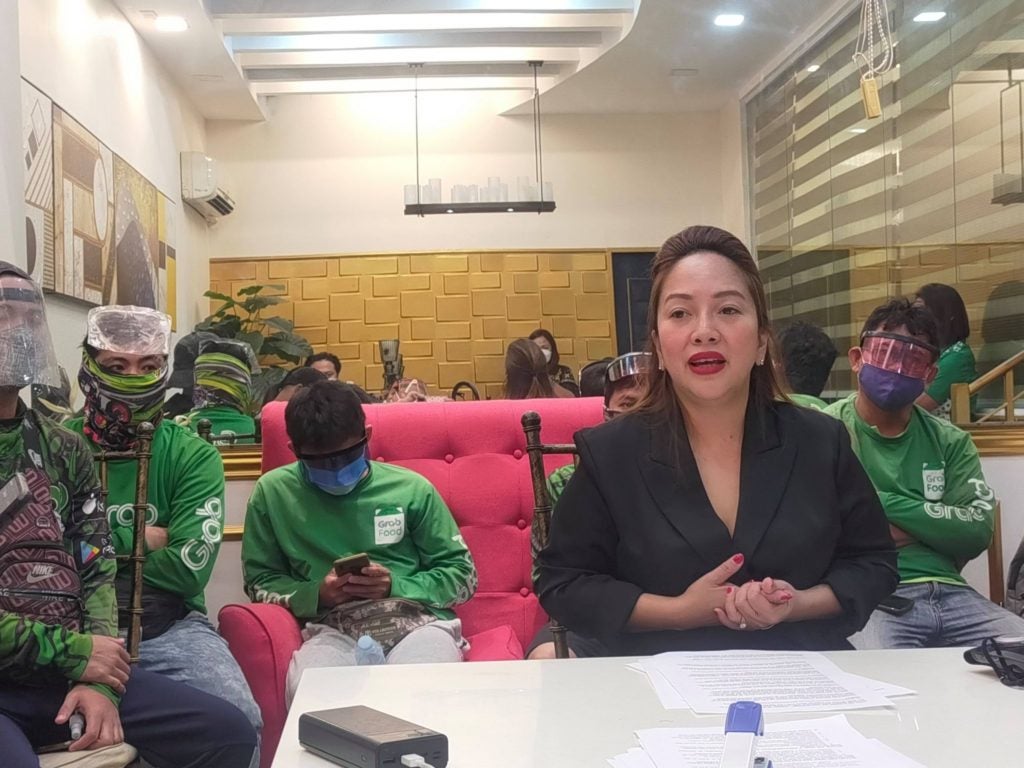 CEBU CITY, Philippines — Grab PH drivers in Cebu City has sought the help of the Cebu City Council on their loss of livelihood after they were allegedly banned by the food delivery application.

A group of drivers told reporters that they were banned by Grab PH on June 28, 2021, and July 4, 2021, after they were alleged of involving in fraudulent activities due to availing of a promo from a local restaurant that offers piso-delivery and a P20-off for any order without minimum orders.

The promo was hyped in June 2021, because people could buy food from the local restaurant in Cebu City at P2 pesos per pancit canton due to the P20-off promo and the additional piso-delivery promo of the app. The pancit canton was priced at P21.

One of the Grab drivers, whose name will be omitted for protection, said that they availed themselves of the promo at night because they were hungry.

He claimed there were no rules against Grab drivers using the app outside duty hours and availing of any subsequent promos thereof.

However, on the eve of July 28, 2021, the Grab drivers who either availed of the promo or booked a client availing of the promo were informed that fraudulent activities were observed in their usage of the app.

The drivers said they were banned from the app an hour after they received the text warning and were interviewed for an investigation by Grab PH Cebu’s local administrators in the days that followed.

The drivers alleged that because Grab lost income due to the promo, they were “punishing” the drivers who got booked for the promo or availed the promo themselves.

After the second batch of banned drivers on July 4, 2021, the drivers approached Cebu City Councilor Niña Mabatid for help. The banning of drivers subsequently stopped as well.

More than 100 Grab drivers were banned before the local administration stopped the banning temporarily.

The councilor sought an explanation from Grab but she did not get a reply even after a month, prompting Mabatid to bring the issue to the council.

In her privilege speech, Councilor Mabatid pointed out the importance of delivery drivers during the pandemic when most people could not leave their homes.

Mabatid urged the Department of Labor and Employment (DOLE), Department of Trade and Industry (DTI), Commission on Human Rights (CHR), and other relevant government agencies to investigate the incident.

The councilor notes that DOLE through Labor Secretary Silvestre Bello III has already come up with an advisory on the labor standards for food delivery riders.

Under Section IV of the said Advisory, delivery riders who are deemed employees shall be entitled to the minimum benefits provided under the Labor Code and other labor laws, such as minimum wage, holiday pay, and other benefits under existing laws, including the right to security of tenure, self-organization, and collective bargaining.

For the councilor, Grab has treated the drivers unfairly and unjustly due to the immediate ban without proper explanation to the riders.

She urged the City Council to investigate the incident through an executive session inviting the affected drivers, Grab PH, and other pertinent government agencies.

The City Council agreed to do so and has called for an executive session to probe the incident.

Finally, the City Council urged the City’s Department of Manpower Development and Placement (DMDP) to assist and accommodate the unemployed Grab Drivers to find gainful employment.

“I am not saying it is the Grab company’s fault nor the drivers fault. We just want the truth to come out. If sayop sa mga drivers then show us! Ipakita kung unsa ilang sala, Unsa ilang na violate para fair,” said Mabatid.

In a text message to CDN Digital, Grab PH said they will investigate the incident in Cebu.

“Grab will always be committed to supporting the needs of our partners during these difficult times, and we also have a responsibility to ensure that all partners on our platform are incentivized through their honest work – and key to this, are rules and policies that continuously upholds the safety, security, and wellbeing of our consumers, merchants, and partners,” said the food delivery app.            /rcg