Number of arrivals to PH decrease by 70% amid pandemic — BI 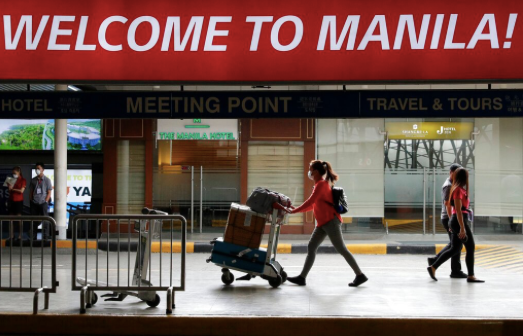 (FILE) In this Feb. 3, 2020, file photo, a woman wearing a protective face mask arrives at Manila’s international airport, Philippines. Tourism is a major source of national revenue for many countries, and Chinese visitors now generally top the charts in terms of numbers and spending. (AP Photo/Aaron Favila, File)

MANILA, Philippines — The number of inbound travelers decreased by almost 70 percent amid the pandemic due to several travel restrictions, the Bureau of Immigration (BI) said Saturday.

(The number of travelers now is lower. We saw that during the pandemic, the number of arrivals decreased by almost 70 percent especially because of the Delta variant.)

(International travel decreased not just because of travel restrictions in the Philippines but also in different countries worldwide.)

Sandoval has yet to provide exact figures on the number of arrivals recorded by BI.

However, the pandemic task force adopted “yellow and red list” classifications for different countries and territories, which determine the rules and restrictions that will be imposed on travelers depending on the risk classification of the country they are coming from.