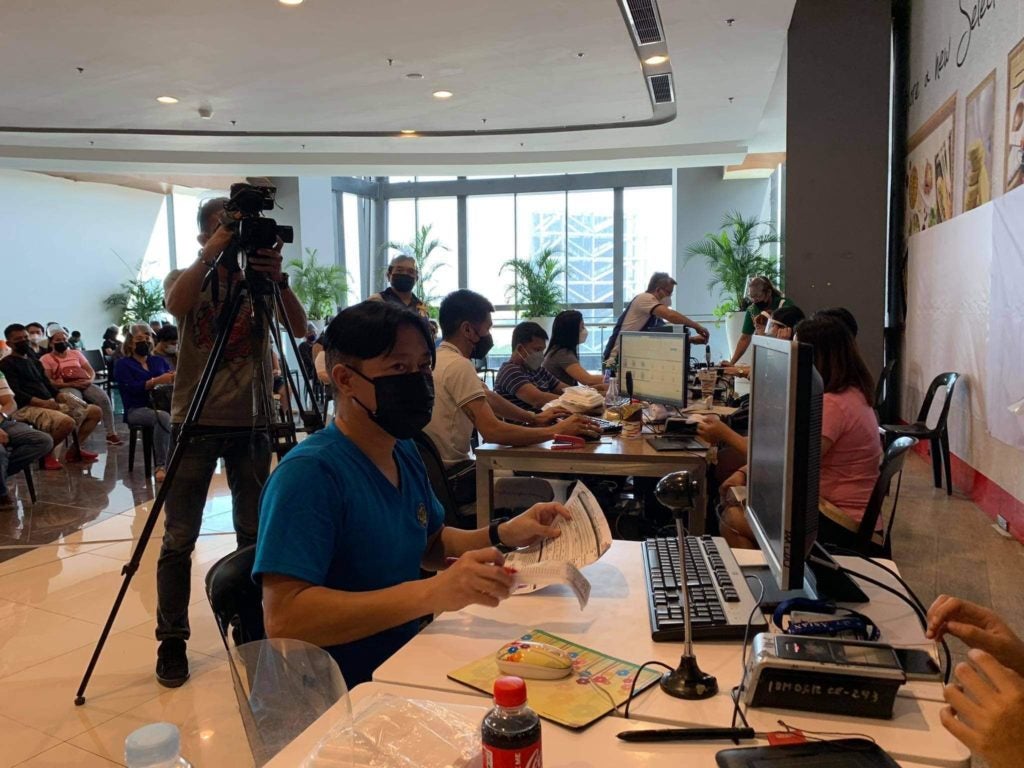 A COMELEC off-site registration was held in a mall in Cebu City this Wednesday, September 29, 2021. | Dyrecka Letigio

CEBU CITY, Philippines – Despite threats of the COVID-19 pandemic, Cebu recorded an increase in its voting population.

From 3.1 million in 2019, the number of voters in the island province has reached 3.2 million as of September 28, based on recent data from the Commission on Elections here (Comelec – Cebu).

But they were able to accommodate a total of 479,265 registrants as of September 28, resulting in the voting population reaching 3,217,986.

“From our observations, we have noted a surge in the number of voters registering since Monday (September 26) in several municipalities,” said Castillano in Cebuano.

Castillano also said since the entire Cebu shifted to a more relaxed General Community Quarantine (GCQ) on September 8, registration sites in the three largest cities – Cebu, Mandaue, and Lapu-Lapu – have been jampacked with voter registrants.

“Our offices were closed during MECQ (Modified Enhanced Community Quarantine), especially in the tri-cities, which lasted for the entire month of August. 10 municipalities in the province placed under MECQ also closed their offices at that time,” he added.

Comelec on Wednesday, September 29, decided to extend the deadline for voters’ registration, which was supposed to be this September 30.

After the filing of Certificates of Candidacy, which is slated this October 1 until October 8, Comelec will resume accepting applications from voters.

Previously, Comelec did not want to extend voter registration due to the challenges it will create with the election timeline.

However, several groups and organizations, and even lawmakers, as well as Vice President Leni Robredo, had appealed for the extension of voter registration. / with reports from INQUIRER.net