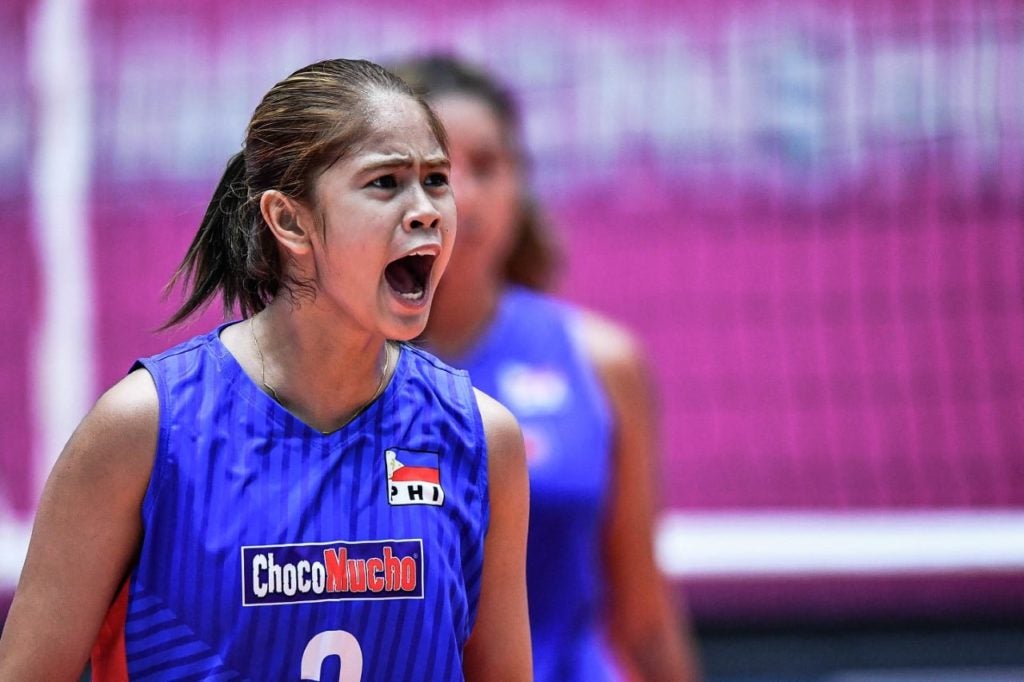 However, Team Choco Mucho gave the Thais a scare in the second set when they were able to lead temporarily, 24-22, before losing the set, 26-28.

The Thais went on sealing the lopsided victory in their home by winning the third set, 25-17.

Two key players in Kianna Dy and Majoy Baron were removed from Team Choco Mucho in the last minute.

Dy and Baron were transfered to the Team Rebisco Philippines to fill up the latter’s roster after four of their players have to complete the health and safety protocols in Thailand.

Team Choco Mucho’s next match is tomorrow, October 2 versus the Zheytsu Volleyball Club of Kazakhstan at 12:30 in the afternoon (Manila Time).

Meanwhile, Team Rebisco Philippines will play against the Altay Volleyball Club of Kazakhstan at 7:30 PM later in Pool B.

Only the champion team of this ongoing tournament will advance to the FIVB Women’s Club World Championships in Turkey this December.

PH women’s teams off to Thailand for AVC club tilt