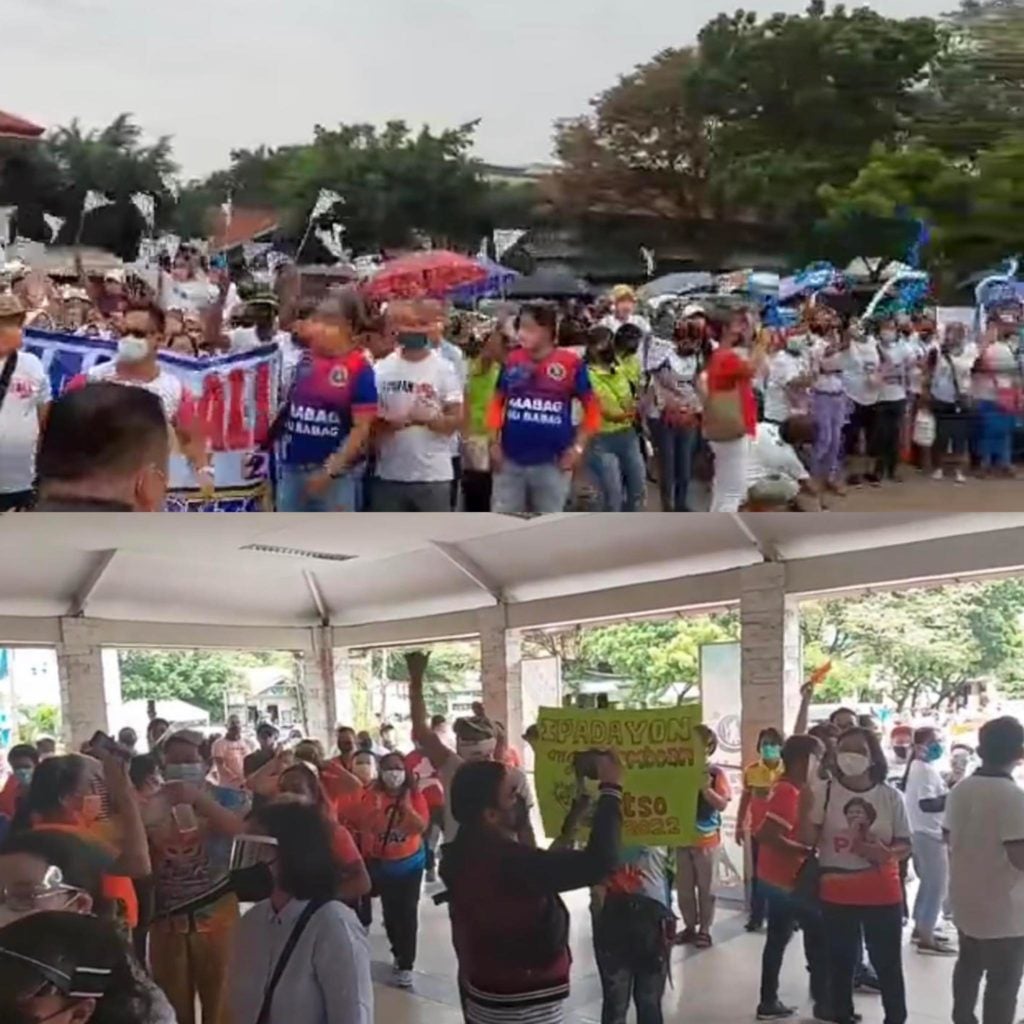 CEBU CITY, Philippines — A crowd of supporters of candidates of two rival parties were the minor challenges that the police faced during the recently concluded filing of certificates of candidacy in Lapu-Lapu City.

However, Police Colonel Arnel Banzon, Lapu-Lapu City Police Office chief, said that they were in control of the situation and dispersed the crowd outside the Comelec Office at the city hall compound in Lapu-Lapu City.

Banzon said that this happened twice on October 6 when Rep. Paz Radaza (Lapu-Lapu City lone district) filed her COC for mayor and on October 8 when incumbent Mayor Junard Chan filed his COC for reelection in the coming 2022 elections.

He said that they were able to control the crowd during those days and they did not face major problems since the supporters were reportedly compliant with the orders from the police to observe the health protocols implemented in the city.

Banzon, however, said that they did not apprehend protocol violators there and exerted maximum tolerance.

Aside from that, he also pointed out that both supporters of the Radaza and Chan were compliant and had their own martials to police their ranks.

(The crowd of supporters started with Congressman Radaza. I think it was Wednesday when she filed. There were many supporters but we were able to control the crowd, so okay there was no problem. Earlier (on Friday), Mayor Ahong together with his party also filed. It was the same, we were able to control (the crowd). No problem. Before they could really gather into a big crowd we already warned them. Of course, they also have their own martials.)

Banzon further said that their security preparation for this weeklong COC filing has been effective and theinflux of the crowd was what they were anticipating at the beginning of the COC filing.

With this, he said they already planned on how they would respond should this happen.

The crowd of supporters were immediately ordered to disperse a few minutes after the candidates arrived at the Comelec Office.

He also clarified that the supporters were not able to go inside the Comelec Office as they were prohibited from entering the premises.

He said that they immediately ordered these supporters to disperse a few minutes after the candidates arrived at the Comelec office.