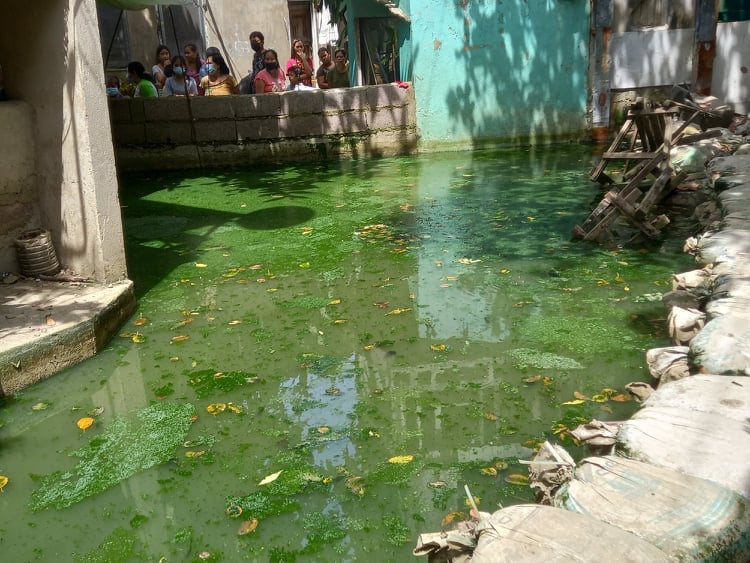 MANDAUE CITY, Philippines- Residents of Sitio Sudlon in Barangay Maguikay have sought the help of Mandaue City officials on the need to immediately get rid of stagnant water that has been in their community for over a year now.

Barangay Captain Eduardo Gumera Sr. said this could endanger the safety of residents during the rainy season and serve as breeding ground for dengue-causing mosquitoes.

(The presence of stagnant water is not the only concern of residents.  They are also threatened by the possible spread of dengue during the rainy season.)

The problem of Sitio Sudlon residents started after members of the San Miguel Homeowners Association built a concrete wall that obstructed the flow of water coming from their community shortly after the COVID-19 pandemic started in 2020.

San Miguel HOA built the concrete fence in retaliation to a decision by Sudlon residents, who are members of the JK Village Homeowners Association, to regulate the entry of people using the gate of their village.  San Miguel residents use the gate at the JK Village to gain access to their homes.

When the pandemic started JK homeowners decided to regulate access to their subdivision’s gate as a means to also regulate noise caused by passing vehicles.

With this, San Miguel residents were forced to use a “small and difficult” path located outside the JK village to get to their homes. 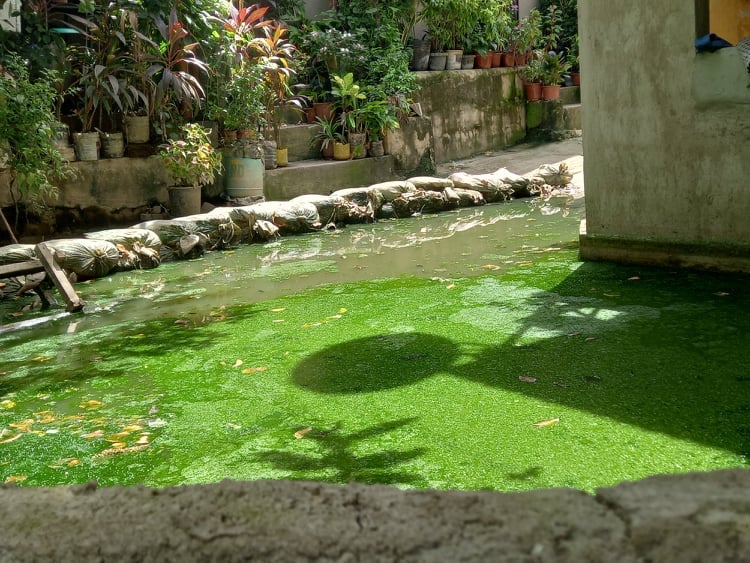 Ginerito Tibay, a board member of the San Miguel HOA, said they will not tear down the concrete fence until such time that an agreement is reached by the two home owners association.

(We will not tear down the fence unless they agree to open the gate for 24 hours because we are not animals.)

Barangay officials and personnel from the Mandaue City Engineer’s Office visited Sitio Sudlon on Tuesday, October 26, supposedly to demolish the concrete fence and drain water from the JK village.

However, they decided to delay the planned demolition following the objection of the San Miguel HOA and to prevent tension among members of the two opposing associations.

Gumera said they will have to wait for further instruction from City Hall as to what they should do next. / dcb