He abandoned his accountancy career to pursue his passion in filmmaking. Don Frasco—who remembers his internship at Cebu Daily News while finishing his degree from the University of San Carlos—packed his things, moved to New York to study film extensively.

After two years, he decided to come home, help out in the family business (the famous Titay’s Rosquillos and Delicacies Inc.), and finally produce the indie film in his mind. The result is an amazing visual feast that has an international appeal. His debut full-length feature film called “Waves” will have its world premiere right here in his native Cebu on Sept. 5 at the Ayala Cinema 5—a strictly by invitation only, although a commercial run is in the offing having signed a deal with Viva Films for distributorship. 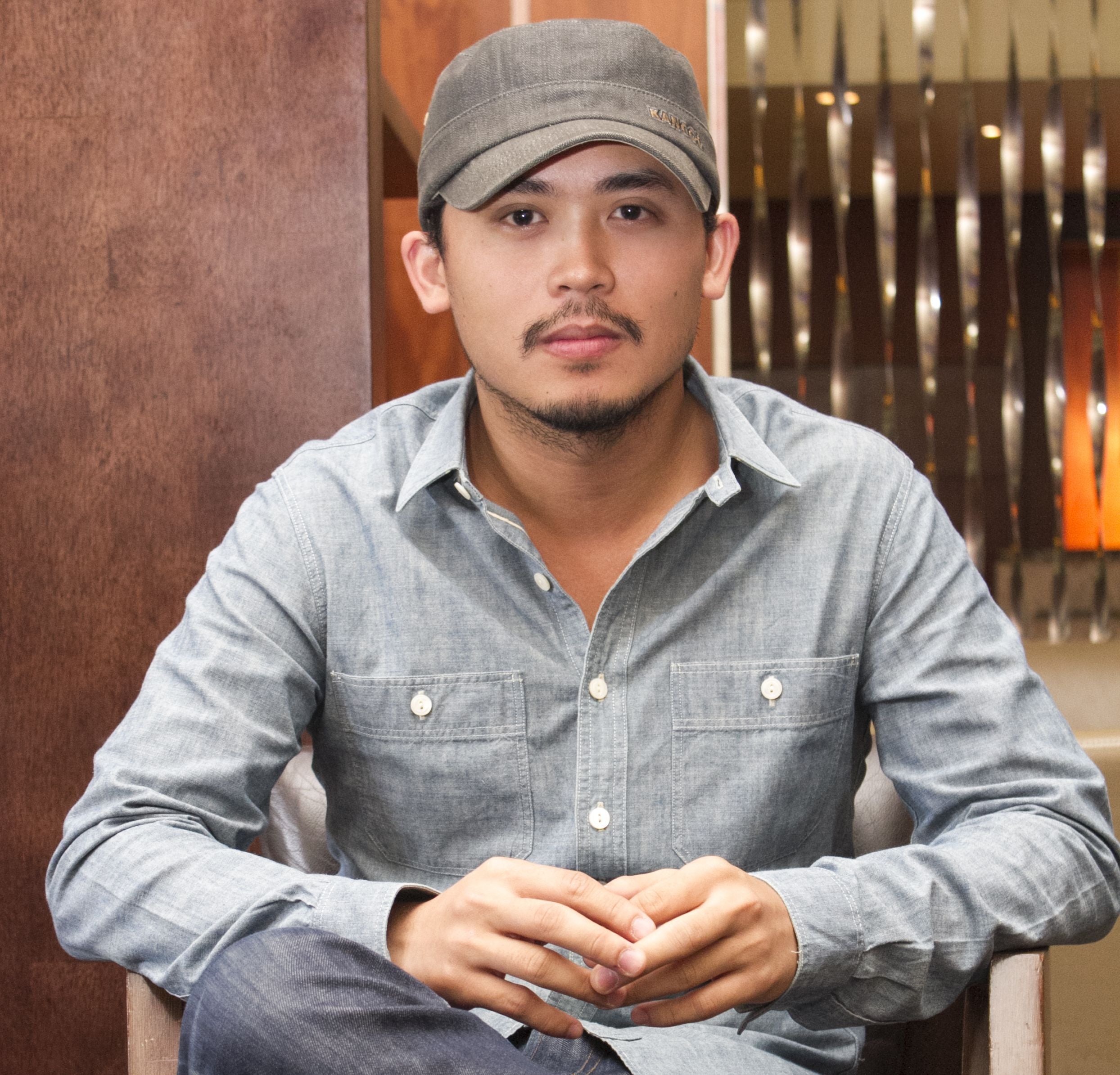 How did you get into filmmaking?
I studied Accounting in college in USC but I always had a thing for photography. I was really into it so I enrolled at Bigfoot for basic photography and editing. When I graduated from college.. naturally parents would want to give you something.. my dad said, “What do you want as a gift?” And I said something like, “Put me back in school, but it should be what I love. Nisugot ra siya, so I explored the US and decided to have my schooling in New York. It was there that I learned a lot and enjoyed. Simultaneously I forgot my accounting degree… and one thing led to another. It was in New York that I discovered myself.

Growing up, were you a film enthusiast?
I enjoyed movies a lot! Growing up here in Cebu—back then we didn’t have that much access to the internet—the only movies that get to be shown are what’s on TV or in the cinema, mostly blockbuster films so limited kaayo. I never knew foreign cinema… daghan gyud kaayong films across the world. So that’s what I learned in film school.. all of this was introduced to me. It was then I realized that filmmaking is not just entertainment—it’s like watching a painting wherein it lets you think or lets you be inspired, and that’s when I really got to appreciate film. Oh, by the way I did my internship at CDN in your accounting department!

What films made the most impact on you?
One would be “Clockwork Orange.” I am such a fan of (Stanley) Kubrick, and there’s something about the violence. I also enjoyed watching “Gravity”—Alfonso Cuaron has always been a favorite and his “Y Tu Mama Tambien.” I like “Y Tu Mama Tambien,” how it was packaged, and I always say na it is something that we can do here in Cebu like a road trip movie and explore a little of our culture. It’s somethng  I might want to do next…something in the mold of “Y Tu Mama.”

What was your film thesis?
It was a short film called “Lucid Interval.” Because of “Clockwork Orange”  I wanted to do something that delves into violence, although I never really got to complete it.

So what’s with this fascination for violent films?
I don’t know. I can’t explain it. It’s more like… what’s in the mind of the character. I just watch and try to break it down.

What do you think are the three elements of a good film?
For sure, the story. Sometimes I really don’t mind if I don’t understand the film, as long as I feel something. Also the visuals especially with cinema wherein it’s all about the images. And the music as well!

In your opinion, why hasn’t the Philippines produced an Oscar-award winning full length picture?
Maybe it’s because of the predominant culture that we have here. We always look at movies as a form of entertainment and most award-winning films tell deeper stories, like the recent winner “12 Years A Slave.” It was far from entertaining, in fact, you’ll get depressed. But you get a really strong story.

So what got you to direct this full feature length film?
In New York I got to work as a cinematographer, and when I got back here I didn’t get to know people who are into filmmaking. Along the way I decided that I have to make it, and I have to do it myself, so that was it—if I didn’t get to direct then I would lose filmmaking. I had a couple of friends in New York who decided to fly me there in 2012 to do a couple of short films and I was like, “I am done with short films.” It was also in the same year that I saw how beautiful Palawan is. I realized that most Filipino filmmakers that get attention internationally highlight poverty.
I was like… let us do another take and highlight a different Philippines. So I decided that it should be a love story set in Palawan. There’s something about Palawan that’s beautiful but somehow a bit detached and lonely. 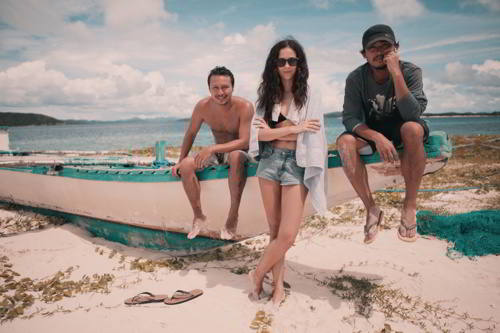 The movie stars Baron Geisler along with a foreign actress. How did you get to cast her?

The script was made with her in mind. This was 2012 and I was in New York working with a fashion photographer for a fashion magazine and she happens to be the model. I approached her and said that I have this idea of a film to be shot in the Philippines and she said yes. There’s no script whatsoever but it somehow inspired me—that was the catalyst kung baga. I then talked to a friend of mine who was a scriptwriter, to go ahead and do this in a short amount of time. I sent him a guideline and photos of the island as well as the photo of her.

And how did Baron get into the picture?
I am not quite familiar with Filipino actors so I went online and I was like googling male Filipino actors. Hahaha. It was my brother who suggested Baron.

What would be your dream project?
My grandma happens to be Titay’s—you know, the rosquillos maker. Her name is Corazon and we call her Azon. She happens to be the lady that made the business flourish. I want to tell her story—a biopic—because she’s inspiring. It doesn’t have to be focused directly on her and it doesn’t have to be set here here. I mean, it can be shot in Mexico pero it should at least be geared towards that storyline. I want to do that at least in the next 10 to 15 years. I mean, it’ll be so hard in terms of production considering it will be a period film.

So this will be an indie?
Oh, yes, considering the financial aspect will be mainly from private partners, the family business and all.

We saw the trailer and were  impressed especially with the scene of the butanding. Was it a hard shoot?
It was actually fun. It was somehow difficult to get the shots that we wanted because we were using the boat with the glass bottom and we wanted to have that wide shot, but it was good when it came out.

Baron was a revelation in the trailer…
You know I showed it to a number of people in New York and they like him a lot. Naa siya’y intensity!

Knowing Baron’s temperament, did you have a problem with him?
There were some challenges. The thing is, I came into that knowing his background, but we managed to get something out from him. And it’s like it wouldn’t be an indie if we didn’t have problems anyway. Nonetheless,  you know Baron is really into it.

How about Pilar Pilapil?
We shot scenes with her for only a day in Palawan. Before I met her, I was kinda like intimidated by her because she is really upfront and direct and we did scenes quickly with her.  She values her time and shooting scenes with her was good. It was good having her around because Baron respects her. 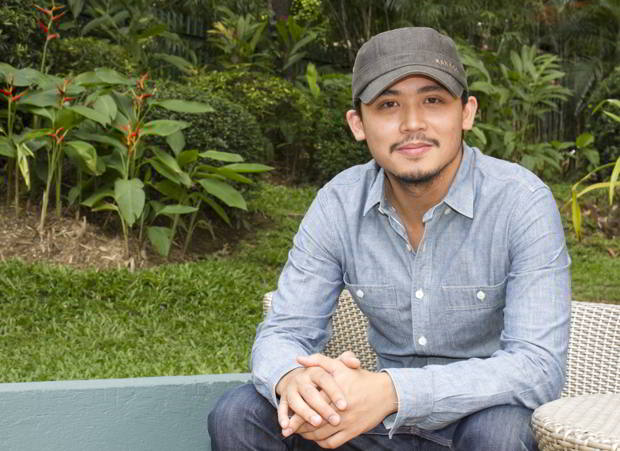 On the OC (obsessive compulsive disorder)  scale, how do you rate yourself?
There are times that I kinda like obsess with a lot of things but then again you just have to learn to let go. What I mean is you don’t get to make a film alone—it’s collaborative, so you have to allow other people to contribute.  Like for the poster we spent about a week deciding on what font to use. Hahaha.

What’s your stand on poverty porn—the way filmmakers highlight poverty to sell their movies?
We tell our stories for people to know, I guess that’s why its something that Filipinos love to talk about because its grabe ang poverty here. Kasabot sab ko why it doesn’t sell here. Well, not so much, because a number of Filipinos are already suffering from  it and it’s too much. We try to watch movies to be transported to a different world. So I guess that’s why it works internationally, like Cannes especially. I am indifferent to it pero if it’s a story that needs to be told I am okay to take that route. I guess to some degree there is exploitation I do not know if this is deliberate—maybe they
really approach it to tell that story. But my take on it is not to criticize it as I understand it. It’s just that there’s so much more in  the Philippines that we can highlight. Hopefully we get foreign filmmakers to see our film.

What did you learn about yourself after doing this film?
A lot of things. It’s not that simple to make a movie… there’s just so much stuff I didn’t know about. Siguro in my next project, I will thoroughly plan everything, like preparing the budget…
In this one, we had  more planning in the production side.  Yeah, I have lots of other plans, like pursuing a Master’s program in Film. I just  want to go through everything, learn as much.  Now is the time to commit mistakes.

What keeps you going? Or what motivates you to make films?
Being on the set is one. Post-production I don’t really enjoy since it kinda gets tedious. But the thing that really keeps me going is the thought of  my next film. I wanna complete this one so I can make another film. As humans, we always want to contribute something to this world. I think this is my contribution—I feel good about it. You know with movies… if it is done right, it can really affect a person—even a generation.