One withdraws candidacy but no substitutions so far in Cebu City 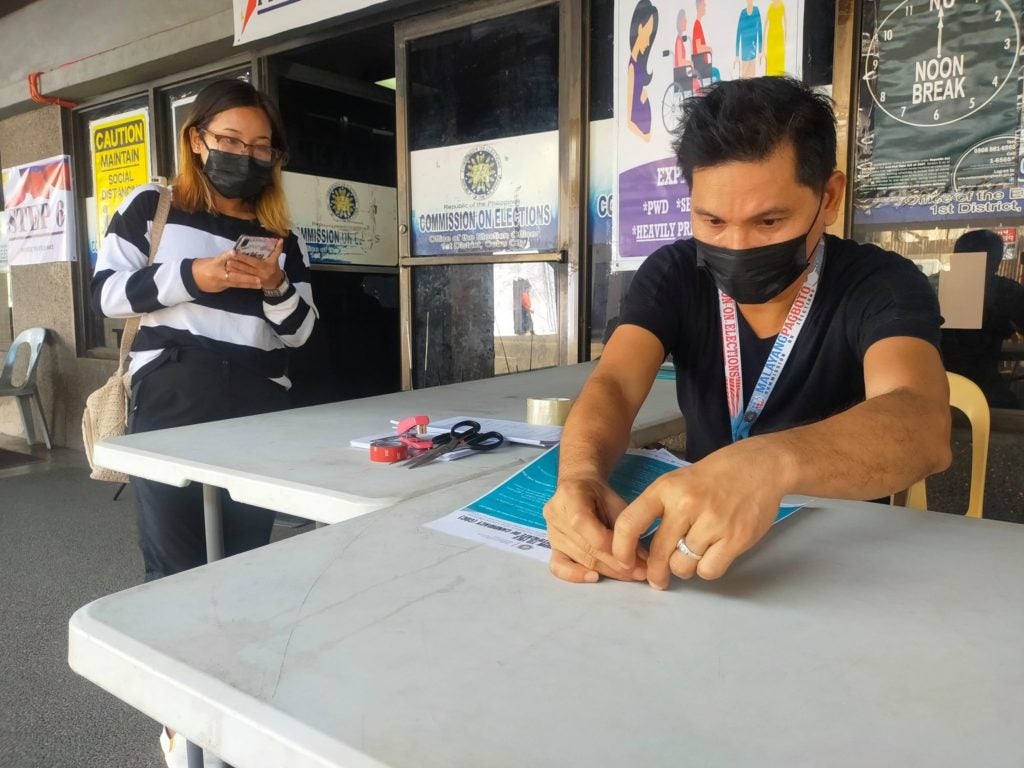 Filing of candidacy in Cebu City in October 2021. | Dyrecka Letigio

CEBU CITY, Philippines — The Cebu City Commission on Elections (Comelec) has noted only one withdrawal of candidacy and no substitutions as of November 9, 2021, a week before the deadline for withdrawals and substitutions on November 15, 2021.

Election Assistant Omar Mamalinta said in an interview that a certain Michael de Roda Bantasan withdrew his candidacy on October 12, 2021, or at least four days after the end of the filing of candidacies on October 8, 2021.

Bantasan was nominated by the National Unity Party (NUP) as a South District congressional candidate. He was running side-by-side celebrity Richard Yap, who is NUP’s bet for the North District.

Mamalinta said the withdrawal has already been forwarded to the national Comelec for review and implementation. The final list of candidates will be released by the Comelec national office.

So far, only Bantasan has filed any subsequent actions after the filing of candidacies on October 1 to 8, 2021. The deadline for withdrawals and substitution of candidates will be on November 15, 2021.

Mamalinta said a withdrawal of a candidacy is a deliberate act of removing of a name from balot and is usually initiated by the aspirant himself or herself.

On the other hand, a substitution is initiated by a party that wishes to change official candidates for particular positions.

The Comelec Cebu City said no substitutions have been done by any political party that fielded candidates yet. Independent candidates cannot be substituted at all.

As for nuisance candidates, only Comelec national office can declare so at this point unless an election protest is filed.

The national office may be releasing the list of final candidates by the end of November 2021.