Marcos says he tested negative in cocaine test, insists he wasn’t being alluded to by Duterte 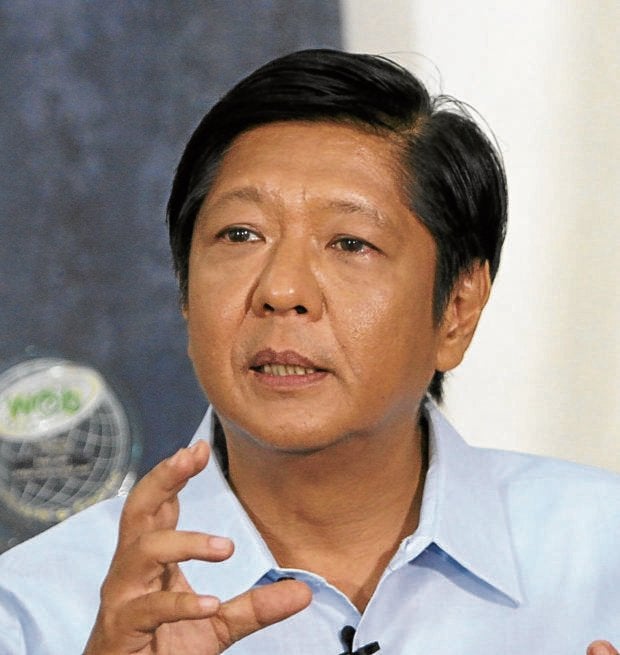 MANILA, Philippines — To put to rest speculations brought by President Duterte’s claims of a cocaine-hitting presidential aspirant, former senator Ferdinand “Bongbong” Marcos Jr. on Tuesday claimed he has undergone a cocaine test, and had tested negative.

Marcos said he had the drug test done on Monday and his results were submitted on Tuesday to the Philippine Drug Enforcement Agency (PDEA), the Philippine National Police (PNP), and the National Bureau of Investigation.

“I really don’t feel that I am the one being alluded to. In spite of that, I believe it is my inherent duty as an aspiring public official to assure my fellow Filipinos that I am against illegal drugs,” he said in a statement.

“This is why I took a cocaine test yesterday and the result was submitted this morning to the PDEA, the office of the Chief of the PNP, and the NBI,” he added.

Marcos said he is a “vigilant anti-illegal drugs campaigner” and called on political aspirants to take the drug test to “ensure our people, particularly the young generation, that no elected leader is into illegal substances.”

Duterte earlier questioned the leadership skills and the contributions of a presidential aspirant, pointing out that the individual is even using illegal drugs such as cocaine.

He did not name the candidate, whom he described as a “weak leader” but said he came from a rich and well-known family with a famous patriarch.

In a later speech, Duterte said the presidential aspirant was able to elude the police because he does cocaine in exclusive places such as yachts and private planes.

Duterte also went on a separate speech describing Marcos, the scion of the late dictator former President Ferdinand Marcos, as a “weak leader,” as he rejected the idea of forming an alliance with Lakas-CMD, the political party of her daughter, incumbent Davao City Mayor Sara Duterte-Carpio, who will run for vice president in tandem with Marcos Jr. in next year’s polls.

The camp of Marcos Jr. has brushed aside Duterte’s remarks, saying they feel that their candidate is not the one being alluded to by the President.

Meanwhile, in an effort to prove they were not the ones being alluded to by Duterte, presidential aspirant Senator Panfilo Lacson, along with his running mate Senate President Vicente Sotto III, went to the PDEA on Monday to undergo voluntary drug testing.

They were found negative for cocaine and other illegal drugs.