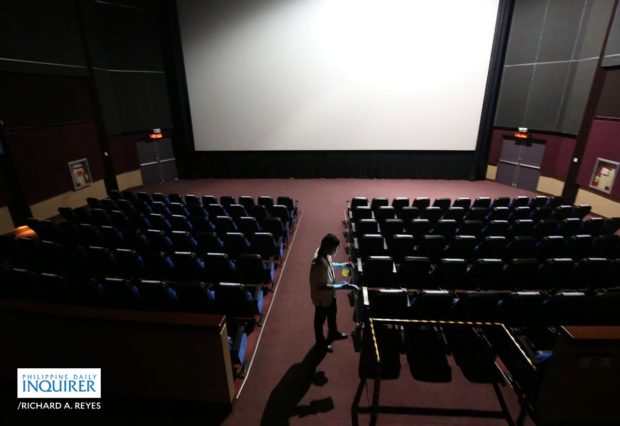 CEBU CITY, Philippines — Cebu City police are supporting the idea of reopening the city’s cinemas provided only those who are fully vaccinated will be allowed entry.

Police Lieutenant Colonel Wilbert Parilla, deputy director for operations of the CCPO, said this as the.

The city is planning to allow the reopening of cinemas this December.

Amid the excitement, Parilla said that it would be safer not only for minors but for all, to allow only those fully vaccinated to enter.

(As long as it is approved by the EOC, we will not disagree since we also have a representative from PNP and it was discussed…we only suggest that minors who are not yet vaccinated should not be allowed to enter the cinemas.)

(Minors who are vaccinated are not a problem. But those not included in the vaccination must be barred first from any closed establishments, even outdoors.)

On November 22, 2021, Cebu City Councilor and chief of the Emergency Operations Center Joel Garganera said that some cinemas in Cebu City are now ready as they already inspected most of them and that it will be up to each movie house when they will officially reopen.

Further, Parilla said that establishments that are not compliant with the guidelines implemented such as checking on vaccine cards before taking dine-ins for restaurants, fast-food chains, and resto-bars, remain their concern. They have observed that some staff in various establishments are already complacent in taking this guideline.

Over this, Parilla said that they will be strictly conducting their regular inspections, and should they notice continuous disregard of this guideline, they will be writing a report to the Business Permits and Licensing Office (BPLO) for possible revocation of permits.

Earlier, Parilla said that they have warned at least ten establishments, restaurants, and resto-bars, in Cebu City for closing late, overcrowding, and not checking vaccination cards from diners in the past week alone.

With that, they will again be inspecting the establishments this weekend as they anticipate an influx of people.    /rcg