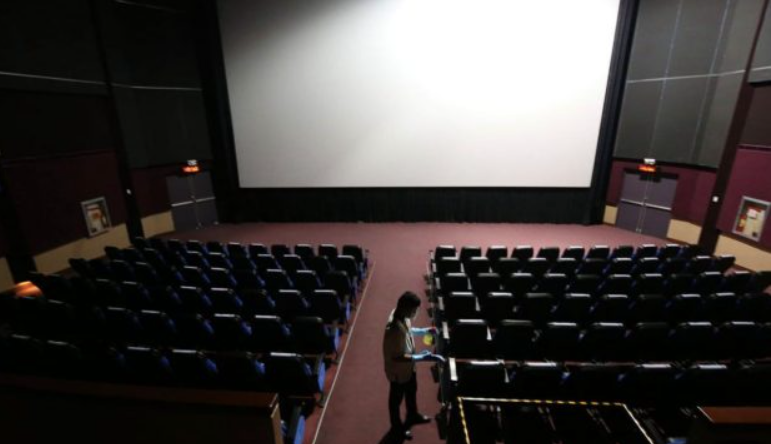 Moviegoers may soon be able to watch movies in Cebu City cinemas as the Cebu City EOC said theaters may open within November. | file photo

CEBU CITY, Philippines — Cinemas here are ready to open anytime as Mayor Michael Rama wants all establishments to be open for vaccinated individuals by December 2021.

The Cebu City Emergency Operations Center (EOC) said they have completed the inspection of most cinemas in the city and it is now up to each movie house when they will officially reopen.

As in the part of the EOC including the Business Permit and Licensing Office (BPLO), they have already completed the ocular inspections to ensure the cinemas follow the required capacity, the monitoring of airflow and carbon dioxide (CO2) levels, and ventilation.

Their exhaust fans must be turned on and the doors must be kept open. The ventilation systems should be adjusted to the capacity differently for 30 percent, 50 percent, and 70 percent capacities to ensure that the CO2 level remains low.

“We will put premium on the CO2 level on the said establishments, and only fuly vaccinated individuals are allowed to get inside,” said Garganera.

Based on the report the EOC has received, Ayala Center Cebu will be opening two cinemas, Ayala Central Bloc is opening another two cinemas, while SM Seaside is opening its Director’s Club for private group viewing by November 30, 2021.

These are still unconfirmed as none of these establishments have yet to officially announce their schedules.

Aside from cinemas, Mayor Michael Rama has announced his directive that all establishments of all types of services can already open by December 2021.

This is the case only if the establishments serve vaccinated individuals. This does not apply to essential establishments that have been open even during the height of the strict quarantines.

“This is my directive. Sunod buwan tanan maablihan basta tanan nabakunahan. All places of business may already be fully open but only to people who have been vaccinated. [We will] give reward to the vaccinated,” said the new mayor.

In a separate interview, Garganera told CDN Digital that this directive of the mayor is already mostly implemented as majority of the establishments are already open.

“As long as ma-in place and CO2 detector, air purifier, and ventilation open ta and only to vaccinated individuals,” said the councilor.

Read Next
Meat prices may increase by 30% — Mandaue market administrator