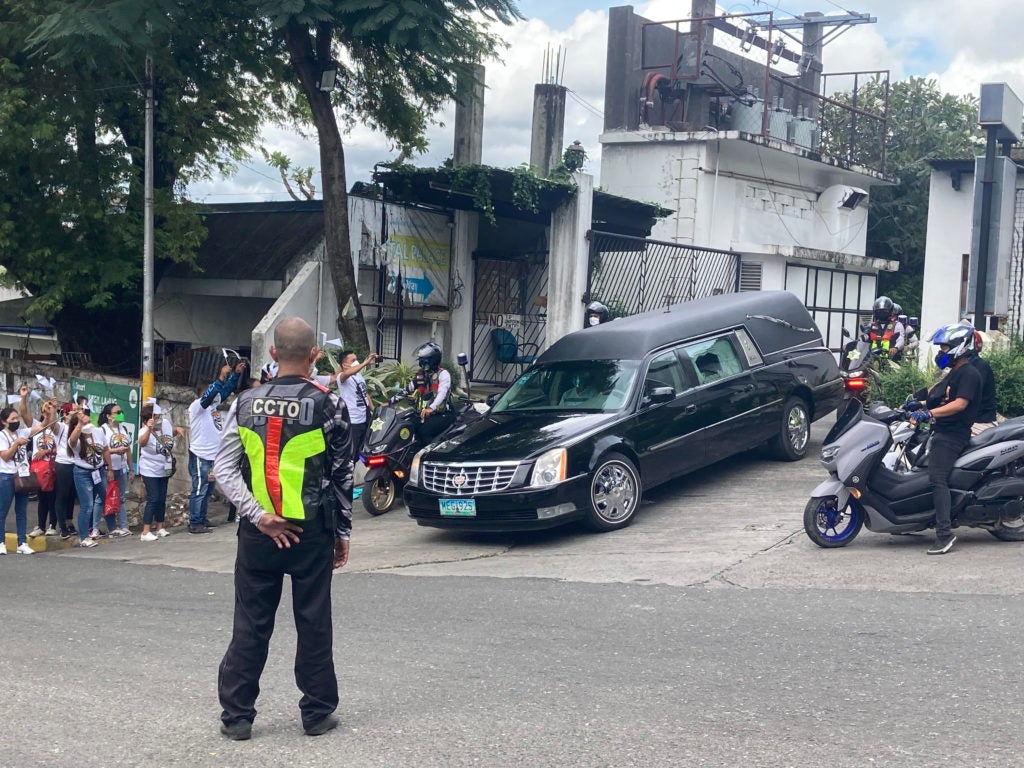 The remains of the late Cebu City Mayor Edgardo Labella is being transferred from the Crystal Palace in Barangay Lahug to the Cebu City Hall Legislative building on Wednesday, November 24, 2021. | via Mae Fhel Gom-os

Police Lieutenant Colonel Wilbert Parilla, CCPO deputy director of operations, said they encountered no untoward incidents in the transfer of the Mayor’s remains from Crystal Palace in Barangay Lahug to Cebu City Hall.

He said not less than 50 police personnel were deployed during the transfer, in which 15  escorted the convoy.

He said the transfer have caused a bit of traffic in the route, but stressed that it was not that congested since the convoy was moving.

Parilla said the estimated number of Cebu City residents who gathered on the roadside to watch the convoy transporting the remains of Labella may have reached 2,000.

“It will be more than [that ang number of people] unya during sa paglubong from Cathedral going to Haven (Golden Haven),” he said.

He said the transfer, which started at 11 a.m., took more than an hour to reach City Hall since it stopped by some establishments along the route.

Parilla also shared that the casket was pulled out by senior CCPO officers, who serve as pallbearers, from the Crystal Palace as well as during the arrival at the City Hall.

“This is to honor our head sa atoang siyudad, as a public servant and at the same time PNP (Philippine National Police) is part of the DILG (Department of Interior and Local Government), and then-Mayor Labella is also part of the DILG,” he said.

In anticipation of very important persons (VIPs) who would like to pay their respects to Labella, Parilla said they are constantly monitoring the arrivals at the airport.

While at City Hall, Labella’s remains is open for public viewing until Friday, November 26, Parilla said.

Apart from the CCPO personnel, Task Force Kasaligan as well as other concerned departments, are monitoring the City Hall for security purposes and implementing the health protocols.

Labella, who died on Friday, November 19, is set to be laid to rest this Friday at the Golden Haven Memorial Park in Barangay Talamban.

Parilla said the military will take charge of the burial.    /rcg