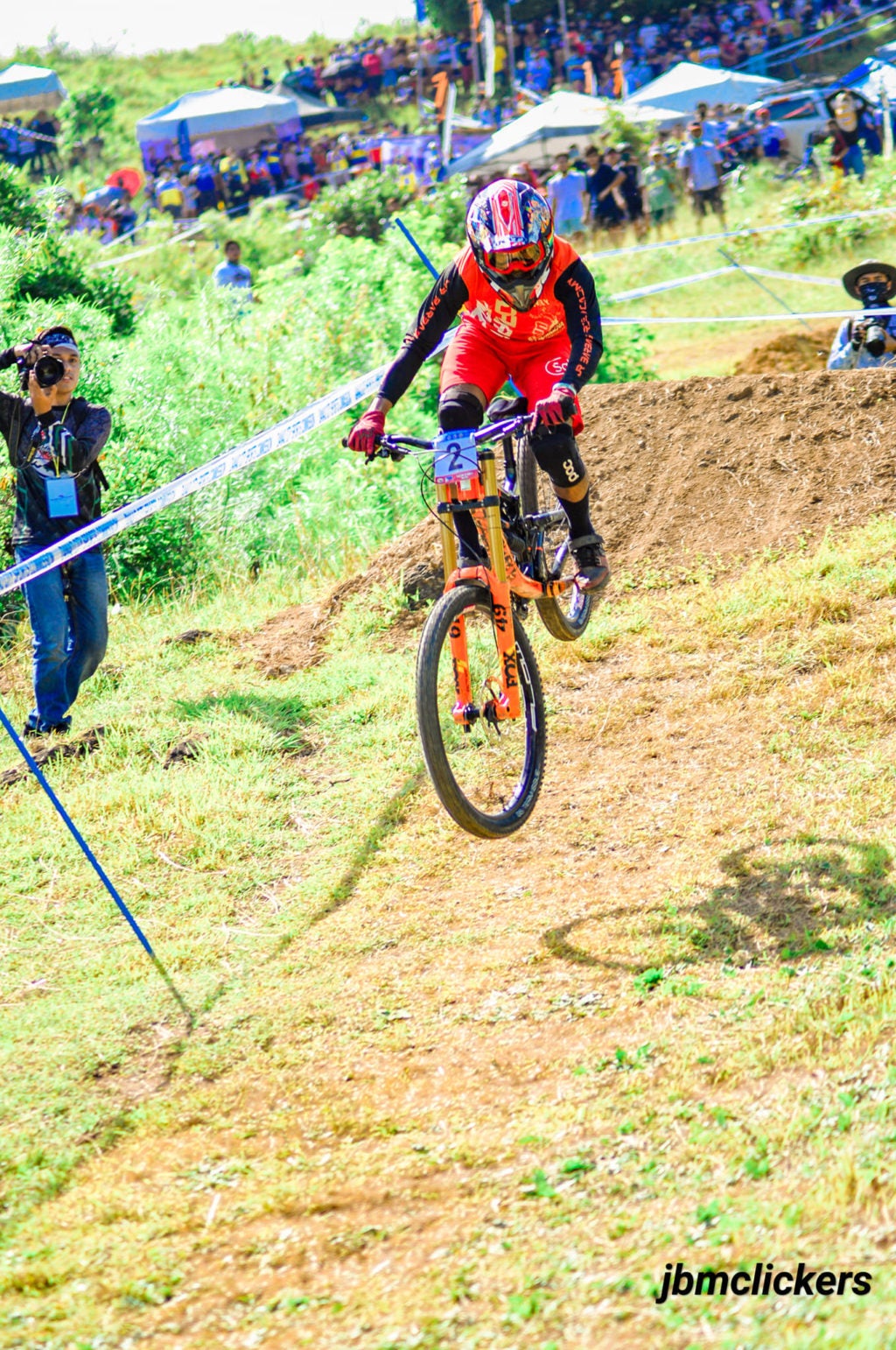 Photo caption: Eleazar Barba Jr. flies mid-air as he competes in the National Down Hill Competition in Danao City, Cebu over the weekend. | Photo by JBM Clickers and the Manipis Central Highway Photographers

A total of 49 riders vied in the men’s elite division.

In the women’s elite division, Lea Denis Belgira came out the fastest finisher to claim the title with a time of 01:27.460.

Naomi Gardoce settled for second with an official time of 01:30.265 while Jade Nicole Baleta completed the top three women finishers with a time of 01:53.894.

The race was co-organized by PhilCycling and the Danao City Sports Commission (DCSC). The race served as a qualifiers for the Philippine national team for mountain bike downhill.

Read Next
PSC: No response yet from Obiena, Patafa