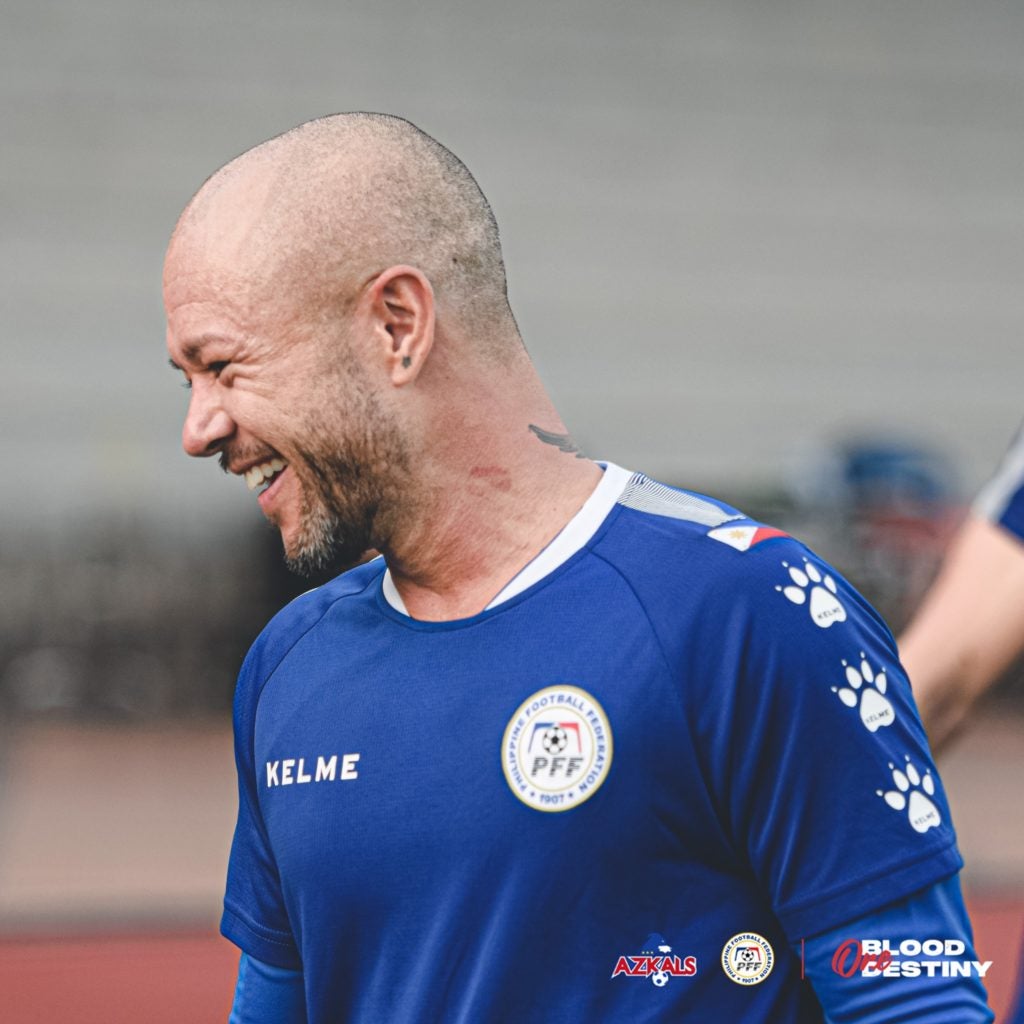 Azkals team captain Stephan Schrock during their training in Singapore before the start of the AFF Suzuki Cup. | Photo from the Azkals Facebook page.

Their match versus Singapore under Group A starts at 8:30 p.m.

This roster of the Azkals is a combination of familiar faces and young booters from the Azkals Developmental Team.

In total, the Azkals played a total of 45 matches in the AFF Suzuki Cup history. They also played four times in the semifinals and tallied 35 total goals.

They will be missing key players in this edition of the AFF Suzuki Cup due to the tournament not being part of the FIFA Calendar.

They could have had the services of Neil Etheridge, Gerrit Holtmann, Raphael Obermair, Patrick Strauss, and Michael Kempter, who are all currently playing for their mother clubs.

Despite missing key players, the team will rely on the Azkals Developmental Team that saw action in Singapore earlier this year for the AFC U23 Asian Cup Qualifiers, which Cooper supervised.