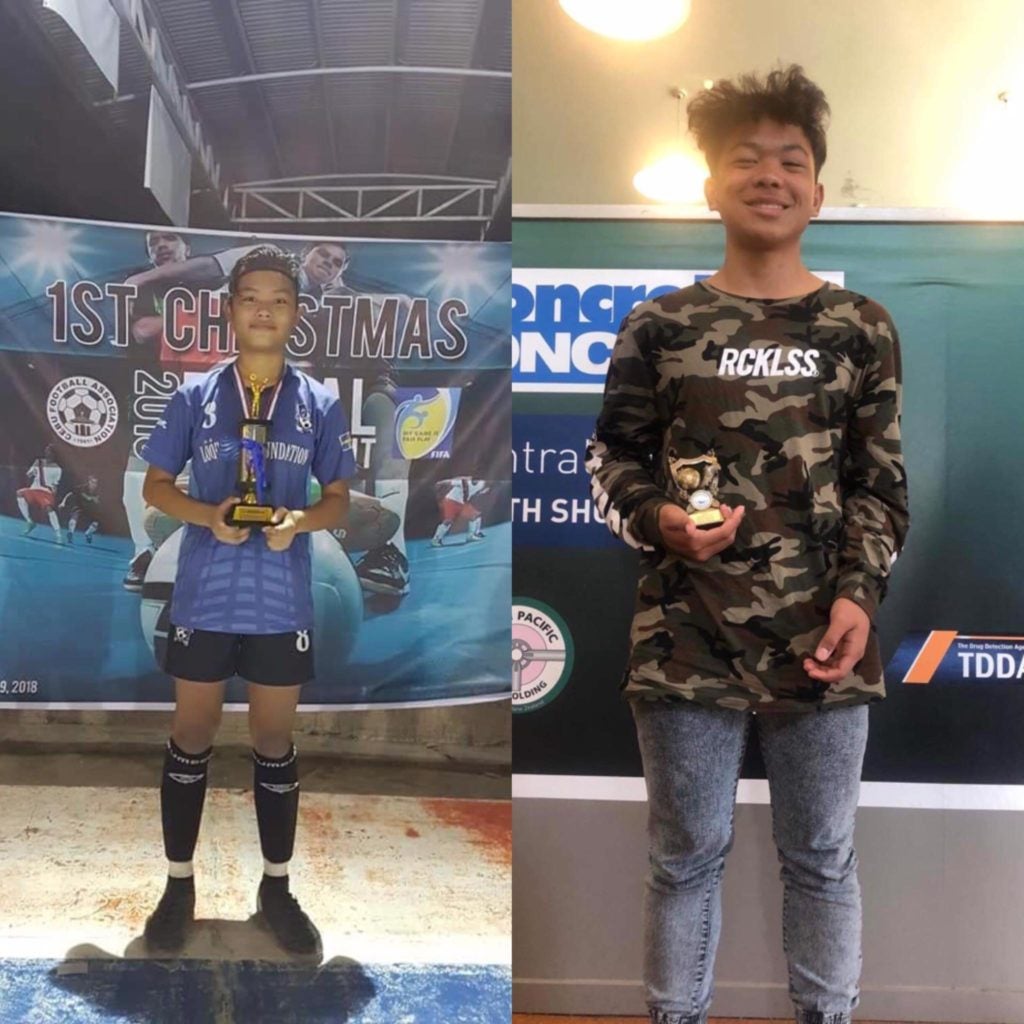 CEBU CITY, Philippines — The sport of futsal has helped two individuals go out of their comfort zone.

Shiela Estopito and Vince Niaga share how the sport, which they believe needs more exposure, helped them improve their lives for the better.

Estopito, 20, a futsal player for almost seven years now, said the sport has not only brought her to different competitions but also  improved herself as a person.

She said she was first interested in football but since her friends encouraged her to join futsal, Talisay Razkals FC, she took the opportunity.

In seven years in this sport, Estopito said that she was able to play in the prestigious Palarong Pambansa in 2018 and 2019. In both times she won.

(I became a better person because of futsal.)

She said playing futsal has helped her learn to accept defeats. Above all, she gained respect and she also learned how to respect others.

The happiness that her awards give also helped a lot even if she could not actually get much financially from her tournaments.

Estopito said she wants to become a coach in this sport in the future.

However, her journey with futsal was not easy.

She also had her challenges and even nearly gave up futsal. But she said there were people, especially some of her teammates, who helped her get back her confidence.

If there is one thing that she learned from that experience, it’s the camaraderie that the team showed.

For the sport, Estopito said that she hopes futsal could be given the same rate of importance as any focused sports like basketball and volleyball.

Niaga, 15, of Talisay City,  is currently based in New Zealand.

He went to New Zealand with his family since his father works there.

He said he fell in love with futsal the moment he started.

Niaga said the sport helped him with his social awkwardness.

The Cebuano has won in a futsal tournament this year in New Zealand with his brother and father playing. He said if he is able to play futsal 20 years from now, Niaga said he will be truly grateful since he can’t imagine his life without the sport.

Like Estopito, Niaga said that he also would want this sport to get attention from the public as this sport, like any other, deserves more exposure.