Duterte orders agencies and LGUs to brace for incoming storm 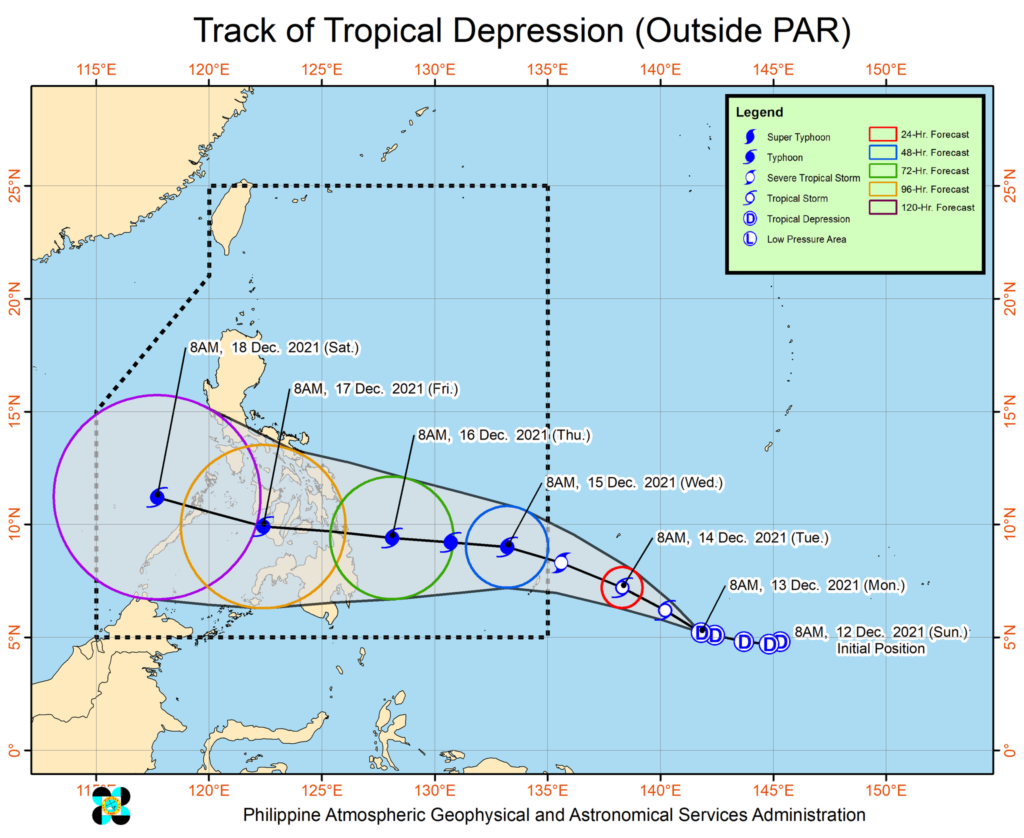 MANILA, Philippines — President Rodrigo Duterte issued an order on Monday to all government agencies and local government units to prepare for a storm expected to make landfall in Eastern Visayas on Dec. 16.

“I direct our government agencies and LGUs as well as to urge our countrymen especially those who are on or near its projected path to keep monitoring the situation and conduct all necessary preparations and precautions,” said Duterte in weekly taped “Talk to the People.”

The tropical storm, internationally called Rai, is expected to enter the Philippine area of responsibility by Tuesday afternoon, by which time it will be called Odette, according to the Philippine Atmospheric, Geophysical and Astronomical Services Administration (Pagasa).

In that case, it will be the 15th storm to enter the PAR.

Pagasa also warned that the storm may strengthen into a typhoon before making landfall.

Duterte urged the public, especially those who are within the projected path of the storm, to immediately evacuate once Pagasa has confirmed the final trajectory of the storm.

“All you have to do is to watch TV and you will the trajectory, or the path, of the storm. So if you’re nearby, just leave for the time being,” Duterte said, speaking in a mix of Filipino and English.