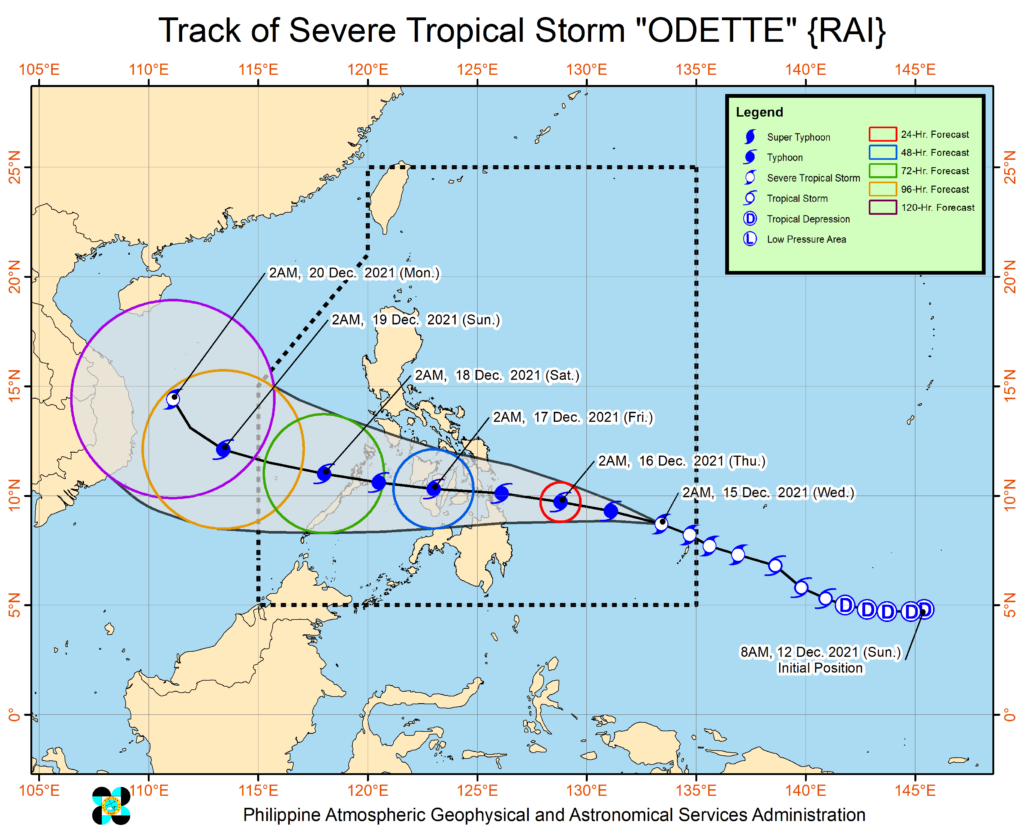 CEBU CITY, Philippines – Towns in Cebu province are not taking any chances on Severe Tropical Storm Odette (international name: Rai) which is forecasted to pass Cebu by Friday, December 17.

Cebu Gov. Gwendolyn Garcia on December 14 also issued a memorandum, calling all local government units (LGUs) to do the necessary precautions and preparations for Odette.

Garcia allowed LGUs to suspend work to give their constituents more time to prepare for the incoming storm.

As early as December 14, evacuation centers were activated and tourist destinations were closed in localities both in the northern and southern portion of the province.

The towns of Badian and Alegria in southwest Cebu ordered the temporary closure of all tourist destinations and tourism establishments.

Bantayan town in Bantayan Island has also started preparing over 1,000 relief packs for those who will be evacuated.

The cities of Talisay and Toledo have begun monitoring their coastal villages and mountain barangays for threats of storm surges and landslides.

Odette has entered the Philippine Area of Responsibility (PAR) on Tuesday evening, December 14.

Based on the latest severe weather bulletin from the Philippine Atmospheric Geophysical and Astronomical Services Administration (Pagasa) issued at 8 a.m. on Wednesday, Odette has further intensified and is nearing the Typhoon category.

Odette currently packs winds with speeds of 110 kilometers per hour (kph) and gustiness up to 135 kph. It was spotted 735 kilometers east of Hinatuan, Surigao del Sur.

Pagasa forecasted the storm to make its first landfall within the vicinities of Caraga or Eastern Visayas region on Thursday afternoon or evening, December 16.

“Afterwards, the center of Odette will continue moving generally westward and cross several provinces in Central and Western Visayas regions before emerging over the Sulu Sea on Friday morning or afternoon,” they added.

Signal No. 1 up in central and northern Cebu due to #OdettePH