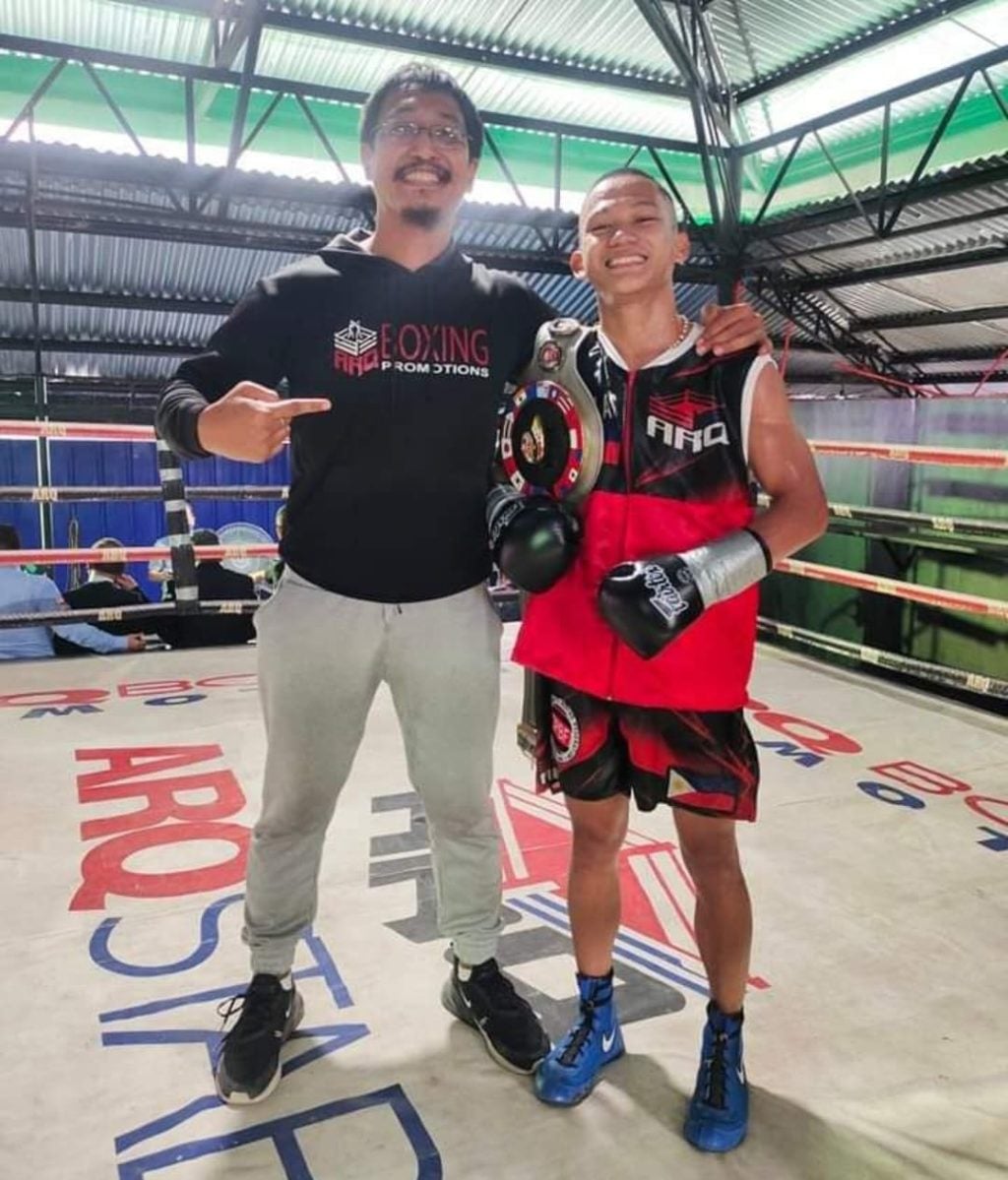 Gabunilas, one of ARQ Boxing Stable’s banner boxers scored a fifth-round stoppage of Almacen in their scheduled eight-round duel.

The flashy Gabunilas of Cebu City dictated most of the bout from round one to five by utilizing his height and reach advantage.

In the fifth round, Gabunilas, a former amateur standout, landed a left uppercut straight to Almacen’s solar plexus.

It took a few seconds for Almacen to feel the pain from the vicious body shot before going down to his knees.

The Muntinlupa City native then grimaced in pain. He gallantly tried to beat the referee’s count but was a little too late to stand.

With the victory, Gabunilas improved his record to five wins with four knockouts along with one defeat.

He lost to Budler via unanimous decision.

Despite that vast experience, he fell short against the crafty Gabunilas.

The victory was extra special for Gabunilas who was sidelined for almost two months when he suffered an injury during training.

Gabunilas supposedly fights Jerome Baloro last October 30 in Engkwentro Dos but the matchup was scrapped due to his injury.

Diagan, a huge underdog against Abne, knocked the latter cold in the first round.

With the stunning first-round knockout win, Diagan improved to an 8-1 (win-loss) record with four knockouts and extended his winning streak to five.

On the other hand, Abne’s younger siblings Augusto and Ian Abne won their respective bouts.

The rest of ARQ Boxing Stables’ winning pugs were Brix Piala against Jude Jaiten by TKO and Berland Robles vs. Isagani Saludar via TKO as well.

Visiting Almacen ready to take on Gabunilas in Cebu City